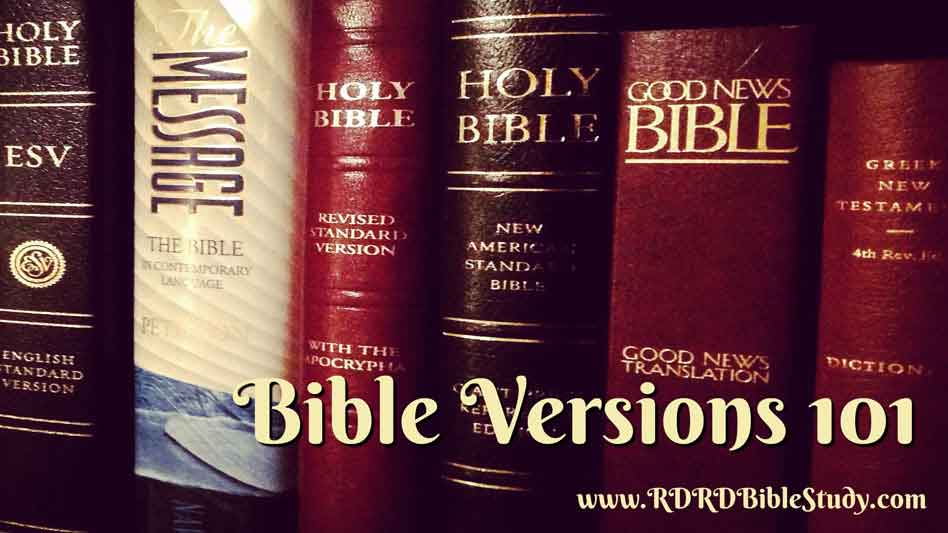 Discussing the multiple Bible versions could easily be the subject of an entire blog—let alone 4 posts.

This RDRD Bible Study series presents a brief overview of need-to-know information related to why there are so many Bible versions, aka multiple Bible translations.

Translation and version are sometimes used interchangeably, though of course, the exact meaning of any usage depends on context.

The RDRD Bible Versions series will be divided into the following four posts:

One night I attended a local church to hear the guest speaker, a Chinese Christian missionary. His enthusiasm for Christ permeated all he shared, both the work of the Gospel at home, and plans for a co-operative group of missionaries to share Christ in Asia. During the sermon, he quoted many Scriptural passages supporting the Biblical mandate to spread the Gospel to all nations.

When it was over the crowd moved at a snail’s pace to the parking lot. Walking behind me were two gray-haired gentlemen who were discussing the sermon, missions, etc. Both were obviously wise from their years, though not so much from critical thinking.

Almost as an afterthought one said to the other, “Boy, they [read “English is not the mother tongue”] really mess up quoting the Bible, don’t they?” Of course, the other agreed wholeheartedly, “Yeah, looks like they could get it right.”

Unable to remain quiet, I turned around and said (nicely) “Who says our English versions are “right”? They are translations too!”

Both gray-haired gentlemen looked at me like I had, to quote a friend, “shot their dawg.” 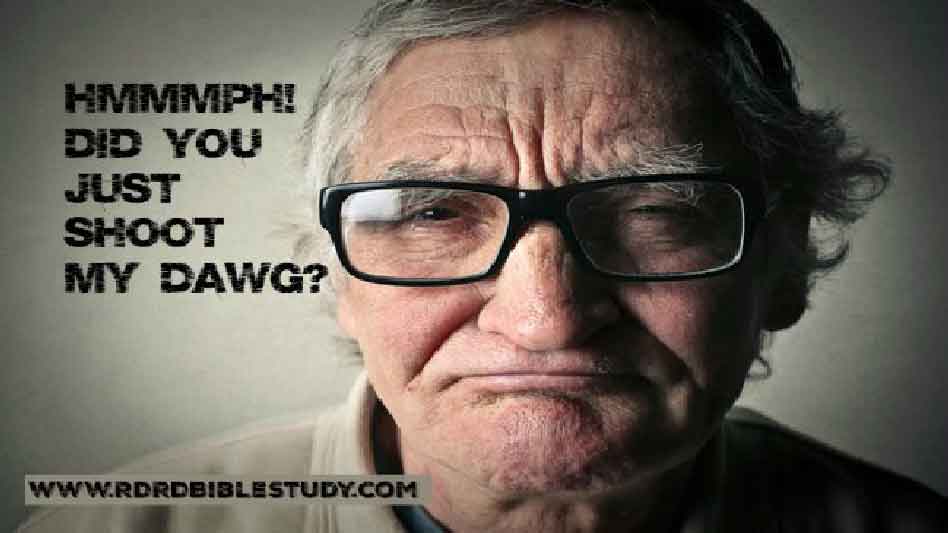 So that means the Chinese missionary’s translation was

Hebrew/Aramaic/Greek => Chinese => English as he addressed his English audience!

Now I hope you see the absurdity of what the two gentlemen said. It would be like you or I doing this

Not to mention speaking before a Chinese audience. I bet you a million yuan my translation from the original languages to English to Chinese would “mess up” the Chinese version!

Another word for translation is reword. You may think of reword as “you need to reword that sentence.” But it is also used correctly in “she reworded the German sentence into French.” Plus don’t you like the play on words—reword The Word?

In order for someone to reword a French sentence into English requires not only translating one language to another, but also interpreting what the original language is trying to say; to reword it so it makes sense to the English reader.

Interpreting – explaining the meaning; if someone speaks to you in sign language, it is probable that you would need an interpreter to explain the meaning of the signs.

Example Of Translating and Interpreting

French adjectives come after the noun, “la maison Blanche”. If someone were translating this to English, the translated phrase would be “the house white”, but the interpreted phrase would be “the white house.” This is because of English grammar and rules surrounding adjectives and noun. “The white house” would make sense to an English hearer/reader.

Regardless of this being an elementary example, no one has a problem with the general translated/interpreted concept when English and French are involved. Or English and Spanish. Or German and Russian.

However, put the Bible, Hebrew and Greek, into the mix… And well, what can be an elementary concept, all of a sudden becomes complex and emotional. And <gasp!> are we really doing this with the Bible? [Read between the lines: Don’t overthink this.]

Translation And Interpretation In The Bible

Here is a Biblical example of translating and interpreting. When the exiles returned from Babylon c. 445 BC, Nehemiah had Ezra the priest read the Law to the people:

They read from the book, from the Law of God, clearly, and they gave the sense, so that the people understood the reading. Nehemiah 8:8

“Sense” is from a Hebrew word meaning insight or understanding. In Nehemiah 8:8, the Levites are explaining the text being read to the people. Most likely the majority of returning exiles spoke Aramaic. Therefore, the Levites were translating Hebrew to Aramaic, and interpreting it for the people, i.e. giving the sense in Aramaic, so the people understood it.

So translating a language, i.e. the house white, by default, involves interpreting, i.e. the white house, what the original language is saying to the hearers/readers.

All Bibles Are Translations

Presumably you read an English Bible. Or if you are a staunch Catholic, a Latin Bible, aka Vulgate, (and no that was not the original version either), or a Martin Luther fan, Die Bibel.

But unless you are someone like John Wesley, who read and studied the Bible in the original languages instead of English, whatever non-original language version(s) you read, you are reading a translated, and by default, interpreted version of the Bible.

Reading a translated, and by default, interpreted version of the Bible is in no way, shape, or form a bad thing. These concepts are being stressed because the words “translation” and “interpretation” will be used quite a bit in the remaining posts in this series, so it is important to understand, or have a sense, of their meaning.

(Whew! 6 paragraphs for all of that. But now you understand the distinction of translation and interpretation.)

The Science of Translation

Wait! Science and translation? That must be wrong!

Well, the heading could be “The Art of Translation” or “The Philosophy of Translation”, but those sound rather subjective. “The Science of Translation,” on the other hand, has the sense of something that can be demonstrated.

In the act of translating, science is understood as “a systematically organized body of knowledge on a particular subject.” 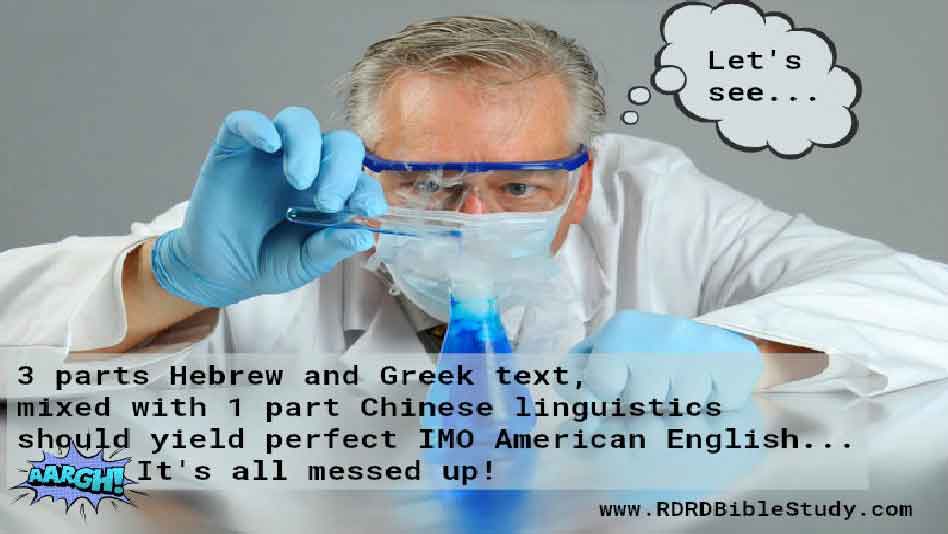 This scientist could benefit from studying the Science of Translation.

Anytime a translator takes on the task of translation, two types of choices must be made:

These two choices are discussed in the next 2 posts in this series:

Now you understand WHY they are so many Bible versions. You are all set to understand the differences between the versions. And this is an underlying necessity for your primary goal—to study the Bible effectively.