What Are The Original Languages Of The Bible? 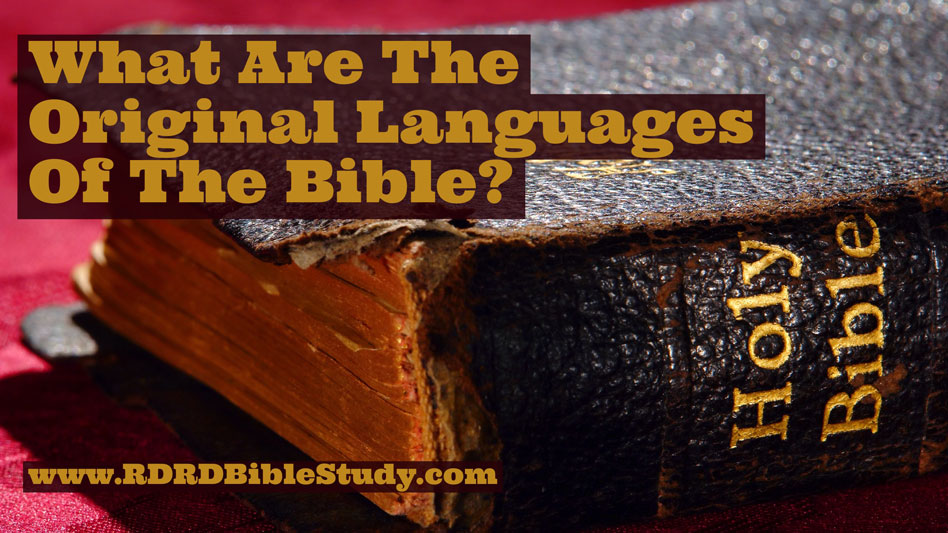 Are you sitting down? I am about to tell you something important…

It may come as a surprise, but believe it or not— 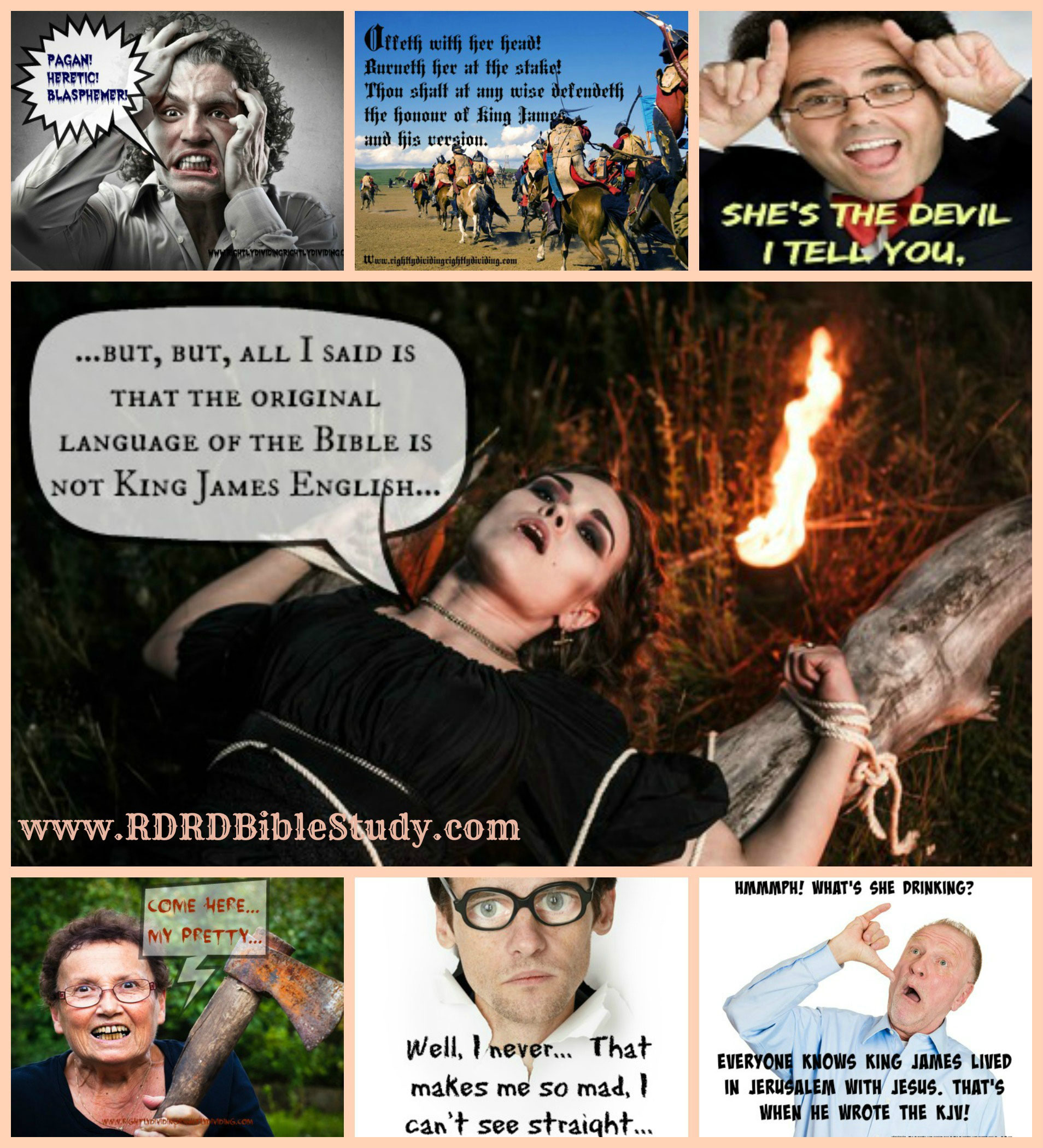 And even though these reactions are happening right now throughout the world—I’m going to throw you for another loop – The King James Version is not the first English version. Double Gasp! Double Whaaaaaaaaaat?

Take a deep breath. I am only trying to give you valuable info. 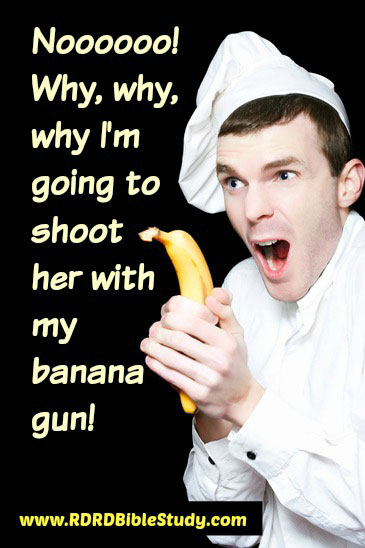 If you are a proclaimer (written or spoken, preacher, teacher, blogger, writer, small group leader, you get the picture) of the Holy Scriptures, then you need to know that King James’ English is not the original language of the Bible.

When It Comes to the Original Languages of the Bible…

…it seems that people

Our knowledge is basically a sum total of what we have learned and experienced in life.

Whatever your sum total includes—the mating practices of oysters, whether or not going to Wal-Mart on Saturday afternoon is a good idea, or some knowledge of the original languages of the Bibles—the valuable info in this post will be useful at some time or another.

A Quick Reference to the Original Languages of the Bible

The linguistic history of the Biblical languages—Hebrew, Greek, and Aramaic—is long and detailed. This post concerns only what the original languages are and some cool stuff about each. So here it is:

The original language of the OT is Hebrew.

Somewhere between 200 and 400 A.D., Hebrew ceased to be the primary spoken language of the Jewish people in day to day life. 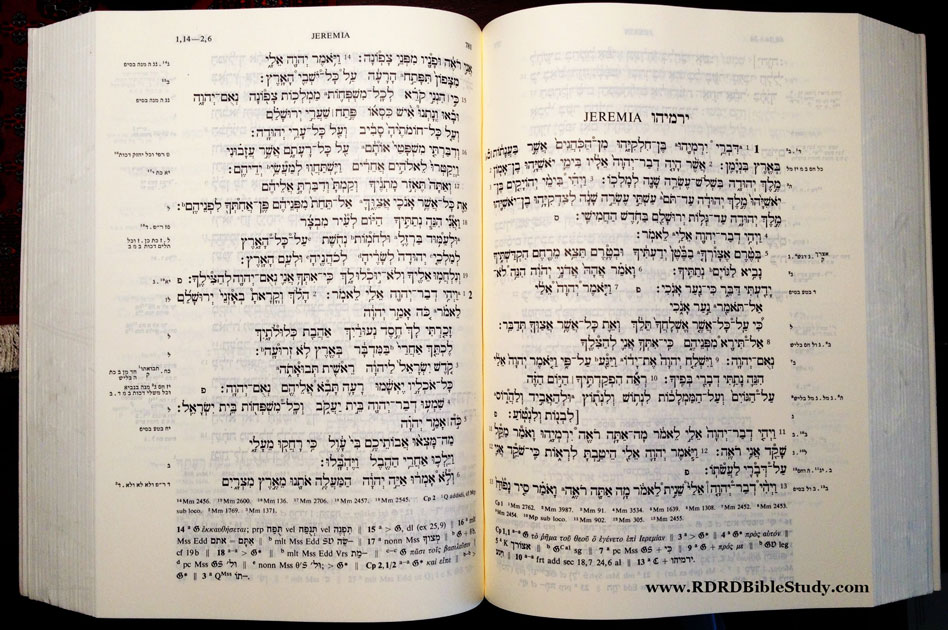 Hebrew, as a spoken language, tapered off even more after the Bar Kochba Revolt (132-136 AD), the last of three major wars between the Jews and the Roman Empire.

Why The Hebrew Language Tapered Off After the Bar Kochba Revolt

It is estimated that ½ million Jews died in the Bar Kochba revolt from war, famine, and disease. Numerous cities and villages were completed destroyed. The majority of the remaining Jewish people were either exiled or sold into slavery.

Moreover, the particularly evil Roman emperor Hadrian, attempted to eradicate Judaism by forbidding its practice. (Good time to read Psalm 2.) Hadrian even forbid the Jews to enter Jerusalem except on Tisha B’Av (the 9th of Jewish month Av, which is July/August). Tisha B’Av is a day of mourning set aside to remember the numerous tragedies that the Jewish people have suffered on or around this day.

However, from this time, all the way through the Middle Ages, Hebrew remained the language of Jewish liturgy and rabbinic literature.

Revival Of The Hebrew Language

Hebrew was revived as a spoken and written language in the 19th century. Along with English and Arabic, modern Hebrew became one of Israel’s three official languages in 1921. During this time, the land of Israel was known as Palestine, and was under British rule.

The British government served as civil administration from 1920-1948 (after WWI until after WWII). In 1947, the British announced they would be pulling out of Israel.

From the time of the Roman emperor Hadrian through the volatile and horrific times, and aftermath, of Hitler and WWII, the majority of Jewish people had been living throughout Europe. In these countries they spoke the native languages of the countries in which they lived.

1948 – State of Israel and Jews Returning to Israel

In 1948, the establishment of the State of Israel was declared, and Hebrew became the official language of Israel. Between 1948 and 1970, approx. 1.1 million Jewish refugees relocated to Israel! (Amen!?!)

Reviving the Hebrew language did not happen overnight. But looking back over the course of events it is easy to see God’s hand at work.

According to this article on Chosen People Ministries’ website:

Eliezer Ben Yehuda is said to be the father of Modern Hebrew. Born in Lithuania in 1858, he immigrated to Israel in 1881 and dedicated himself to the revival of the Hebrew language, which at the time was used only to read Holy texts and not spoken in everyday life. Ben Yehuda invented words in Hebrew for doll, bicycle, towel, and other modern items. Linguists continue to research the roots of the Hebrew language to coin words for terms like SMS and blog. There are 2,000 new words added to Modern Hebrew each year.

Initially, some people did not agree with Ben Yehuda’s attempts to revive the Hebrew language. But as more and more Jewish people returned to Israel speaking many different languages, people soon began to see the need for a common language. Moreover, only a select few were able to read the Hebrew Scriptures. Committees and schools were established to study and teach the language.

If you consider this effort, along with the historical timeframe in which it took place, it is no doubt a miracle of God and indicative of how He often works.

Eliezer Ben Yehuda, born 1858, could not have known the precise events that would take place. Nor could he have know the timing of over one million Jewish people returning to the Promised Land. Yet, God Himself put in Ben Yehuda’s heart, deep nationalistic concerns, one of which was the monumental task of reviving the Hebrew language. One man! Like the seed growing secretly, so this task grew—and in time for the glorious exodus of God’s people returning to the land! (when I think of these larger than life events orchestrated from the divine throne, I can hardly stop myself from going on and on! Glory!)

Hebrew and Aramaic are related languages. OT Hebrew contains some Aramaisms (words or phrases borrowed from Aramaic). This is similar to how American English borrows words and phrases from multiple languages, i.e. French c’est la vie, Hebrew kosher, and the taxi phenomenon named after German über.

The Book of Daniel has an Entire Section in Aramaic

And Daniel points out when it begins:

(a) Then the Chaldeans said to the king in Aramaic, (b) “O king, live forever! Tell your servants the dream, and we will show the interpretation.” Daniel 2:4

Daniel’s use of Aramaic has caused many scholars to scratch their heads (which may account for the number of thin-haired seminary professors). Though no one knows exactly why the author of Daniel chose this unusual structure, there is a plausible theory generally accepted by scholars. According to Stephen R. Miller, author of the New American Commentary on Daniel:

chapter 1 “describes the fate of 3 Jewish youths sent to Babylon in the final days of the kingdom of Judah,” and

chapter 8-12 “speak about the fate of Judah under tyrannical rulers, subjects that would not have been relevant to the Gentile world of Daniel’s time.”

So Daniel “wrote this section [chap 1, and 8-12] in Hebrew, the language of the Jews. Thus Aramaic [2:4b-7] was reserved for the parts of the book that had universal appeal or special relevance to the Gentile nations…” including “Daniel’s memoirs, …Nebuchadnezzar’s account of his experience with Yahweh, and the prophecy of the 4 kingdoms” (Daniel. New American Commentary. Broadman & Holman Publishers, 1994, 47-48).

Here is an image of one of the Dead Sea Scrolls showing the line break from Aramaic to Hebrew between Daniel 7 and 8. 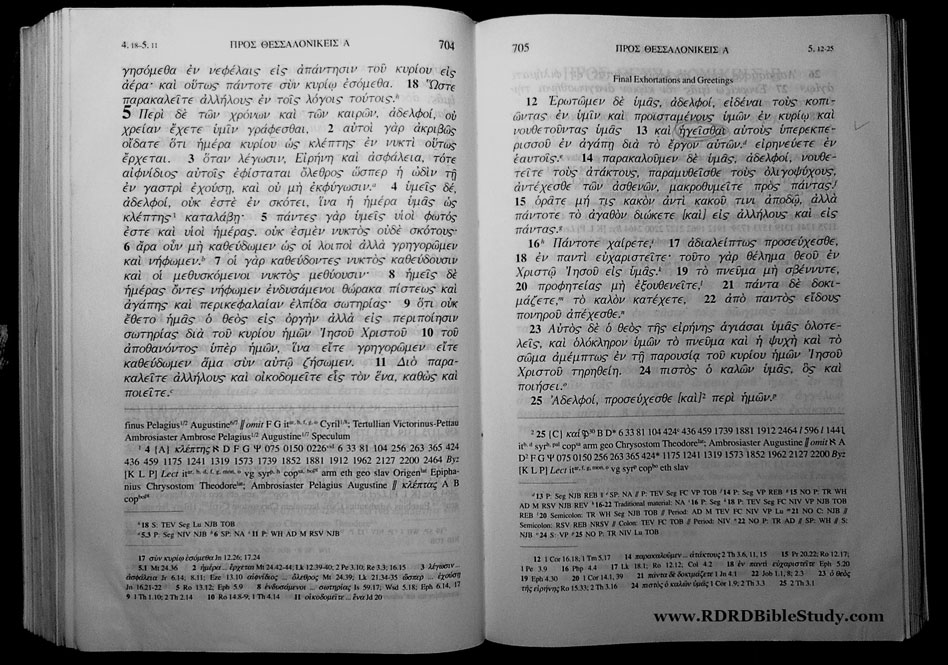 In 336 BC Alexander the Great, a twenty-something emperor of Greece, set out to conquer the world. He literally tore across Asia Minor, down into Israel and part of Egypt, and into India, where he was finally stopped. His conquest lasted only 10 years, but its far reach put the Greek Empire in control of more land than any empire had ruled before.

Alexander’s conquest of the Persian Empire brought with it the spread of Greek language, culture, and people, referred to collectively as “hellenization.” Greek became the common language of world trade, much like English is today. This is why so many people could speak and write in the Greek language. In Israel today, this past Greek influence, and dominance, can be seen in the many ruins with Greek designs, buildings with Greek architecture, tiled floors, bathhouses, etc.

What is Koiné Greek?

Koiné is the transliteration of the feminine form of the adjective κοίνος.

You are probably familiar with the cognate Greek word koinonia (pronounced kwah-nah-nee-ah. Though a lot of preachers and teachers translate it “fellowship,” which is as good a translation as any, it can also mean “close association involving mutual interests and sharing, association, communion, fellowship, close relationship, participation”.

1) Being of mutual interest or shared collectively, communal, common
For example:
Acts 2:44 – And all who believed were together and had all things in common.
Jude 1:3 Beloved, although I was very eager to write to you about our common salvation, I found it necessary to write appealing to you to contend for the faith that was once for all delivered to the saints.

2) Being of little value because of being common, ordinary, profane
For example:
Mark 7:2 – they saw that some of his disciples ate with hands that were defiled, that is, unwashed.
Revelation 21:27 – But nothing unclean will ever enter it, nor anyone who does what is detestable or false, but only those who are written in the Lamb’s book of life.

Koiné Greek simply means the ordinary language shared collectively and spoken by all the people.

Are you thinking “Whew!” it sure took long enough to get to that conclusion? You just dipped your big toe in the waters of Word Studies. Doing Word Studies is one of the ways that you can amass Biblical knowledge. And the subject of many posts to come. (here is a brief word study on “rightly dividing”).

It is generally believed that the Jewish people during Jesus’ time, as well as Jesus Himself, spoke Aramaic. The NT itself gives witness to this:

John 5:2 – Now there is in Jerusalem by the Sheep Gate a pool, in Aramaic called Bethesda, which has five roofed colonnades.

John 19:13 – So when Pilate heard these words, he brought Jesus out and sat down on the judgment seat at a place called The Stone Pavement, and in Aramaic Gabbatha.

John 19:17 – and he went out, bearing his own cross, to the place called the place of a skull, which in Aramaic is called Golgotha.

John 19:20 – Many of the Jews read this inscription, for the place where Jesus was crucified was near the city, and it was written in Aramaic, in Latin, and in Greek.
(**why Latin? Leave a comment.) 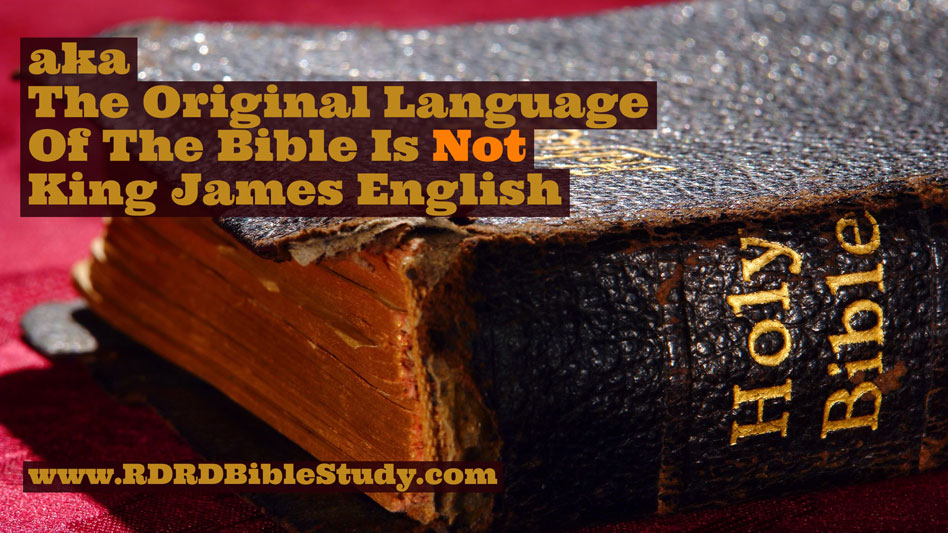 The title of this post could have been named this. But would anyone have read it?

Honestly, I thought this post would be a couple of paragraphs. But I kept finding things that I thought you would find interesting.

Honestly, this post could have been the two bullets above, but wouldn’t you have felt cheated?  And that would have been so koiné ! (ordinary)

Bookmark this page for future reference. This is one of those things that you will read about, and then it will pop up everywhere. Also, e-mail or leave a comment if you have any questions. And trust me, spam is so koiné, i.e. defiled, so don’t even think your inbox will become unclean. Nothing unclean from RDRD Bible Study will ever enter your inbox.

Oh! And One More Thing

One more version of the OT exists that you really need to know about for Bible study:

The grace of the Lord Jesus Christ and the love of God and the fellowship of the Holy Spirit be with you all. 2 Corinthians 3:14