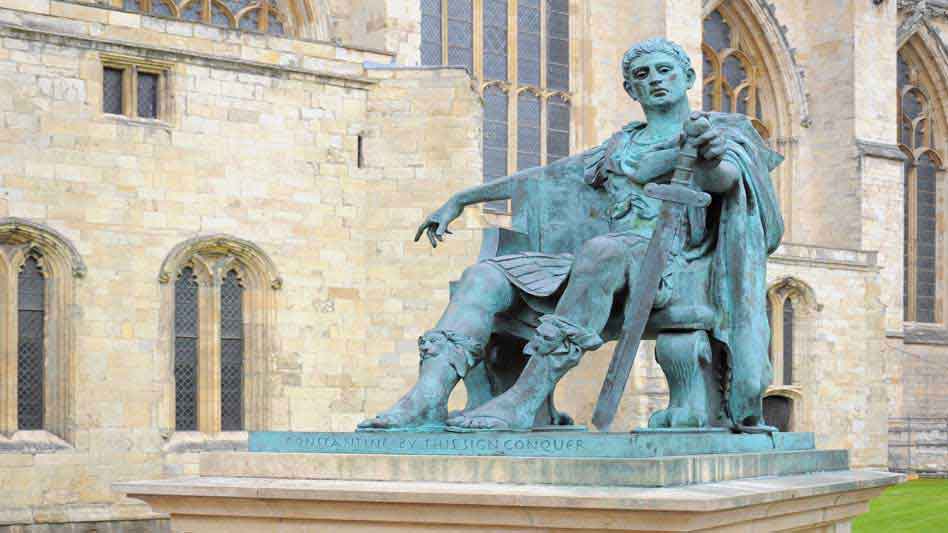 The period from AD 285 to AD 325 could be described as the worst of times and the best of times for Christianity. From 295-305, Christians suffered unprecedented persecution. But miraculously, a confluence of unlikely events came together that catapulted Christianity throughout the Roman empire, allowing the church an unprecedented time of peace and growth.

Emperor Diocletian ruled Rome between 285-305. Like many before him, he wanted to stabilize and unify the empire. Seeing the church as divisive and disruptive, he hoped to eliminate Christianity, thus reducing religious conflict. History records that persecution under Diocletian (beginning in 303, with the persecution edict officially rescinded in 311) was the bloodiest and most barbaric of all.

Committed to the ruling philosophy of Pax Romana, “Roman Peace” and the efficient rule of the empire, Diocletian sought to establish a thorough empirical administration. He divided the enormous realm into four districts and set co-emperors over each.

The westernmost district was given to Constantius Chlorus, the father of Constantine.

In AD 305, Diocletian vacated the throne leaving 3 co-emperors (a flurry of names as different people assumed the positions) to fight for the right to become the next emperor.

In 306, Constantine succeeded his father, Constantius Chlorus, as co-emperor.

In 312, Constantine saw a vision that changed his entire life. Little did he know that this vision would also change the entire world. 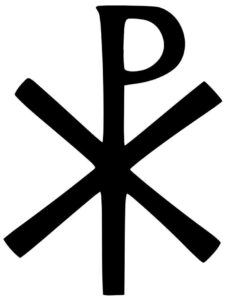 The sign in Constantine’s vision – Chi Rho, the first two letters of Christ’s name in Greek. The symbol is also called a “labarum.”

After this vision, Constantine adopted the sign as his personal insignia, the labarum, the intertwined first two letters of Christ’s name in Greek, Chi Rho. This emblem was placed on the swords of Constantine’s army.

After the defeat of Maxentius, co-emperors Constantine and Licinius remained. In 313, remarkably, Constantine arranged with Licinius to issue a decree legalizing the Christian faith and making toleration of all peaceful religions the rule throughout the empire.

This momentous agreement is called The Edict of Milan. 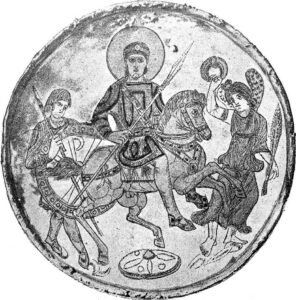 Missorium depicting Emperor Constantine’s son Constantius II accompanied by a guardsman with the Chi-Rho depicted on his shield (at left, behind the horse). From Wikipedia “Chi Rho.”

AD 313 – The Edict of Milan – Agreement made between the Roman Co-Emperors Constantine and Licinius, legalizing the Christian faith and making toleration of all peaceful religions the rule throughout the empire.

From “Edict of Milan” in The Oxford Dictionary of the Church:

The document so called is in fact a circular of 313 to provincial governors issued in Bithynia by the Emperor Licinius. In accordance with an agreement made with Constantine at Milan, he extended to the Eastern provinces freedom of worship for all, including Christians, and the restitution of possessions lost by the Churches since the persecution of 303, concessions previously made in the West by Constantine and Maxentius. It is preserved in the writings of early Christian writer and counsel to Emperor Constantine, Lactantius (De Mortibus Persecutorum), and by early Christian historian and bishop Eusebius (Ecclesiastical History, Book 10, Chapter 5, Copies of Imperial Laws).

Dates Before And After AD 313

From the time of Nero’s persecution in AD 64 until AD 313, Christians suffered many periods of persecution, sometimes lasting for decades. After the Edict of Milan granted religious freedom to all peace-loving religions, and especially so to Christianity who had undergone much hostility and injustice, many prominent early church fathers arose–Athanasius, Basil The Great, Gregory Nazianzen, Jerome, Ambrose, John Chrysostom, and Augustine, to name only a few.

203 – Martyrdom of Perpetua and Felicitas in Carthage

As Constantine continued to gain power in the empire so his determination to promote the Christian faith. As early as 314 Constantine had asked several synods of bishops to settle internal church friction over questions remaining from the persecution by Diocletian—should Christians who denounced the faith in order to avoid persecution be excommunicated? Two years later he himself heard appeals from these cases.

324 – Constantine Becomes Sole Emperor And An Advocate For Christianity

Constantine also grew more powerful in affairs of state, and in 324 he became Rome’s sole emperor. As far as emperors go, Constantine too sought to uphold the imperial standard of Pax Romana. As his predecessors, he too was concerned with the stability of the empire and conflict resolution caused by religious discord.

This led to one of the most famous dates in Christian History—AD 325, The Council of Nicaea.

405 – Jerome completes the Vulgate, the Latin translation of the Bible 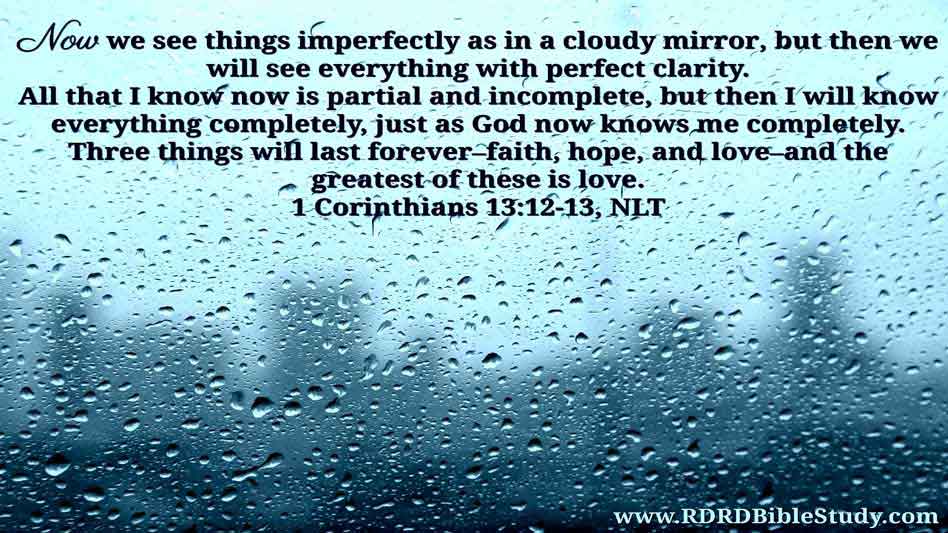 We walk by faith and not by sight during the best of times and the worst of times trusting that we see only dimly, while God sees clearly and finally.

The grace of the Lord Jesus Christ and the love of God and the fellowship of the Holy Spirit be with you all. (2 Cor. 13:14)