What Is The Meaning Of “Gospel”? 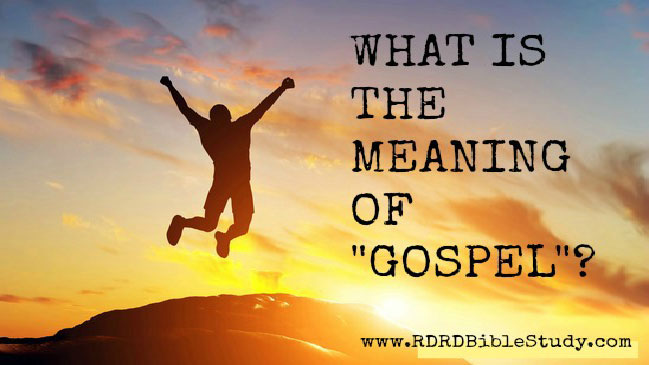 And he went throughout all Galilee, teaching in their synagogues and proclaiming the gospel of the kingdom and healing every disease and every affliction among the people. (Matthew 4:23)

“Good news” and “joyful tidings” are the kind of things that make you shout, jump for joy, grin from ear to ear, raise your arms up to the sky, cheer, and show all kinds of super excitement!

Primary Use Of “Gospel” In The NT

The NT primarily uses the word “Gospel” to describe:

Romans 1:16 For I am not ashamed of the gospel, for it is the power of God for salvation to everyone who believes, to the Jew first and also to the Greek.

Ephesians 1:13 In him you also, when you heard the word of truth, the gospel of your salvation, and believed in him, were sealed with the promised Holy Spirit,

1 Thessalonians 1:5 because our gospel came to you not only in word, but also in power and in the Holy Spirit and with full conviction. You know what kind of men we proved to be among you for your sake.

“Gospel” is also used in the sense of “details relating to the life and ministry of Jesus, i.e. the good news of Jesus.” For example:

Mark 1:1 The beginning of the gospel of Jesus Christ, the Son of God.

Writers throughout Christian History have also used “Gospel” to refer to “a book dealing with the life and teaching of Jesus,” i.e. the Gospel of Jesus according to Matthew, Luke, etc.

Euangelion has an OT background found in Isaiah 40-66. This portion of Scripture is sometimes referred to, in part or in whole, as the “Gospel of the OT”. The LXX, the Greek OT, uses verbal cognate euangelizomai,  meaning “bring good news,” in the context of release from bondage and oppression:

Isaiah 61:1-2 The Spirit of the Lord GOD is upon me, because the LORD has anointed me to bring good news to the poor; he has sent me to bind up the brokenhearted, to proclaim liberty to the captives, and the opening of the prison to those who are bound; 2 to proclaim the year of the LORD’s favor, and the day of vengeance of our God; to comfort all who mourn. 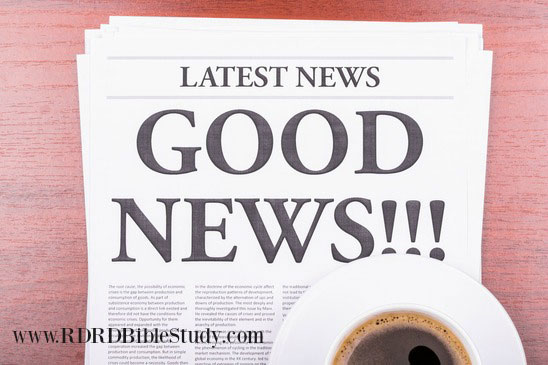 Isaiah 61:1-2 provided the text of Jesus’ preaching at Nazareth early in His ministry (Luke 4:17-21). After reading from the scroll of Isaiah, He took His seat and announced that this prophecy had been fulfilled in their hearing.

Luke 4:17-21 And the scroll of the prophet Isaiah was given to him. He unrolled the scroll and found the place where it was written, 18 “The Spirit of the Lord is upon me, because he has anointed me to proclaim good news to the poor. He has sent me to proclaim liberty to the captives and recovering of sight to the blind, to set at liberty those who are oppressed, 19 to proclaim the year of the Lord’s favor.” 20 And he rolled up the scroll and gave it back to the attendant and sat down. And the eyes of all in the synagogue were fixed on him. 21 And he began to say to them, “Today this Scripture has been fulfilled in your hearing.”

The Proclamation Of The Kingdom Of God

Jesus’ message is also referred to as the gospel of the Kingdom of God. Its contents are depicted in parables which highlight the Father’s great mercy and forgiveness given to the undeserving and outcasts. The parables display God’s kindness and compassion toward humanity.

Jesus’ Followers Are Commissioned to Proclaim the Kingdom

After Jesus’ death and resurrection, His followers became the preachers of the Gospel. They proclaim Jesus as the Messiah who made God’s great grace and forgiveness available to humanity. Christ’s ministry on earth inaugurated the Kingdom of God on earth.

Romans 1:1 Paul, a servant of Christ Jesus, called to be an apostle, set apart for the gospel of God,

The NLT’s translation of the Greek euangelion in Romans 1:1:

Romans 1:1 (NLT), This letter is from Paul, a slave of Christ Jesus, chosen by God to be an apostle and sent out to preach his Good News.

The Gospel Of God

The “Gospel of God… …concerning His Son” (Romans 1:1-3), which is the good news from God, tells how in the coming of Christ and in the redemptive work of Christ, God has fulfilled His prior promises of blessing for all nations.

Romans 1:2-6 (ESV) Paul, a servant of Christ Jesus, called to be an apostle, set apart for the gospel of God, 2 which he promised beforehand through his prophets in the holy Scriptures, 3 concerning his Son, who was descended from David according to the flesh 4 and was declared to be the Son of God in power according to the Spirit of holiness by his resurrection from the dead, Jesus Christ our Lord, 5 through whom we have received grace and apostleship to bring about the obedience of faith for the sake of his name among all the nations, 6 including you who are called to belong to Jesus Christ.

Notice the NLT uses the translation “good news” in vv. 2-3 making clear what God promised beforehand (v. 2) and what it concerns (v.3).  Note also ESV’s “nations” versus NLT’s “Gentiles.” The Greek word ethnos can be translated either.

“Gentiles” in the NLT indicates non-Jews (or nations in addition to the nation of Israel), because a) God’s “prior” promises were to Abraham, Isaac, and Jacob, the Jewish patriarchs, so the Jews have always had the promise and the Gospel was preached to them first; and b) God specifically appointed Paul to proclaim the Gospel to the Gentiles/nations who, according to OT prophecy, have always had a part in God’s redemptive plan.

Romans 1:2-6 (NLT) This letter is from Paul, a slave of Christ Jesus, chosen by God to be an apostle and sent out to preach his Good News. 2 God promised this Good News long ago through his prophets in the holy Scriptures. 3 The Good News is about his Son, Jesus. In his earthly life he was born into King David’s family line, 4 and he was shown to be the Son of God when he was raised from the dead by the power of the Holy Spirit. He is Jesus Christ our Lord. 5 Through Christ, God has given us the privilege and authority as apostles to tell Gentiles everywhere what God has done for them, so that they will believe and obey him, bringing glory to his name, 6 including you who are called to belong to Jesus Christ.

For the first generaton after Christ ascended, the Gospel was a spoken message. Though the exact year is debated, the earliest written record of the Gospel is during the 60’s A.D. Of the NT Gospels, Mark is considered to have been written first. 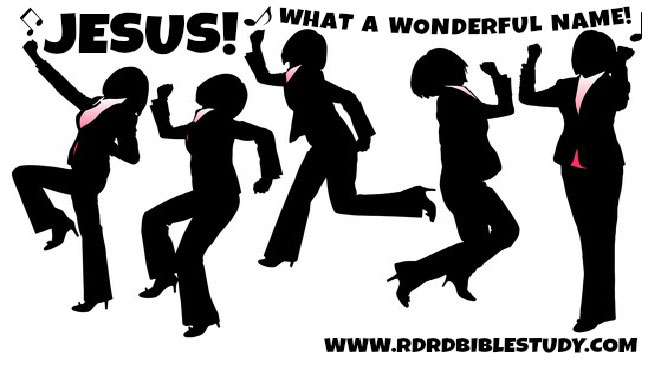 Doing a Happy Dance after hearing the Good News of Jesus Christ is a totally appropriate reaction to such amazing grace.

The NT preaches only one Gospel (Gal. 2:7-8; 1 Cor. 15:11), that is, one saving message. For instance, Paul preached at a synagogue, at the Areopagus in Athens, to some Philippian women praying by the riverside, and he preached the same Gospel message to each group. The form used to present the message could vary according to the audience (1 Cor. 9:2-23; 15:11):

Galatians 2:7-8 (NLT), Instead, they saw that God had given me the responsibility of preaching the gospel to the Gentiles, just as he had given Peter the responsibility of preaching to the Jews. 8 For the same God who worked through Peter as the apostle to the Jews also worked through me as the apostle to the Gentiles.

1 Corinthians 15:11 (NLT), So it makes no difference whether I preach or they preach, for we all preach the same message you have already believed.

Basic Teachings Of The Gospel

The basic components of the Gospel include:

What Is The Meaning Of “Gospel”?

Now you know why “Gospel” means “good news” and “glad tidings.” It is the message of God’s grace, salvation by faith in Jesus Christ.

It is our prayer at RDRD that you sincerely benefited from reading a concise definition of “Gospel” from a Systematic Theological perspective.

1. Of the basic components of the Gospel, what is the significance of #2.

(*Note: this is one of those need-to-know passages for all serious Bible students. Memorize the location of the Davidic Covenant, because you will return and refer to it again and again. 2 Samuel 7 reaches backward and forward in Scripture and helps to explicate numerous other passages.) 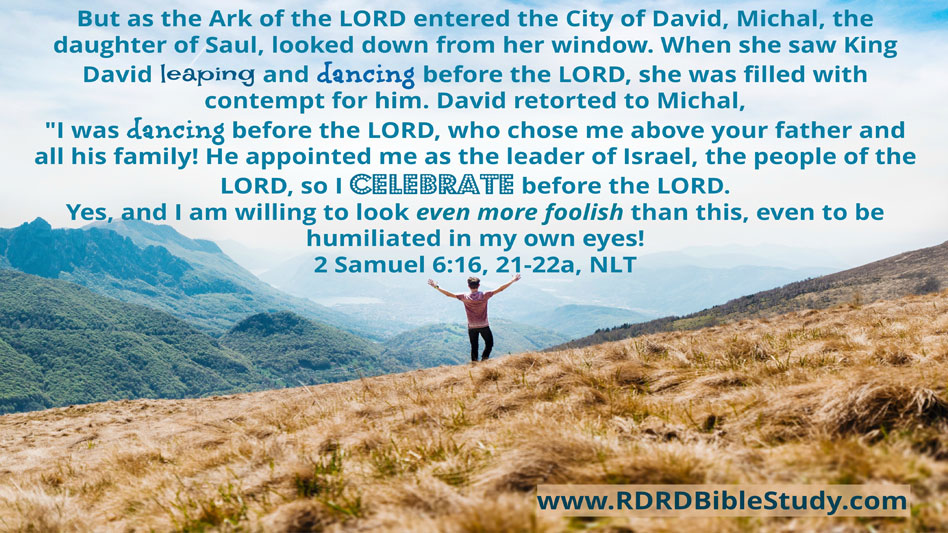 In what ways does this passage look forward to the NT Gospel? (Hint: Immanuel)