Simon Peter’s Dad Was Not An Apostolic Father; And Neither Was Zebedee 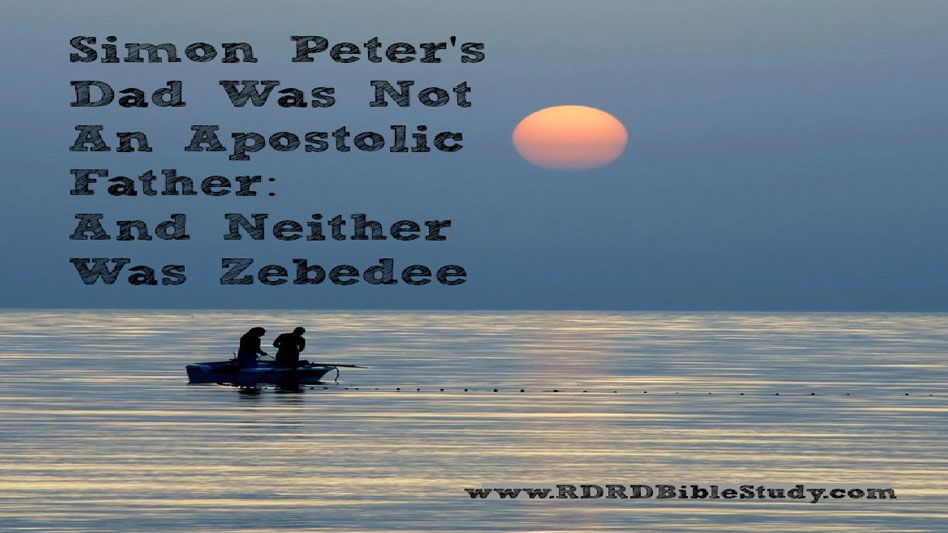 And going on from there he saw two other brothers, James the son of Zebedee and John his brother, in the boat with Zebedee their father, mending their nets, and he called them. 22 Immediately they left the boat and their father and followed him. Matthew 4:21-22

Have you ever imagined the look on Zebedee’s face?

Fishing for a living is hard work. And here is Zeb doing the tedious work of mending nets—huge fishing nets—and suddenly his sons, James and John, jump out and follow (at the time) some random teacher. It’s like taking down Christmas lights, and all of a sudden your kids (or spouse, or parents) drop their end and leave you all tangled up in green wire.

Maybe there is a good reason the Bible does not record Zebedee’s reaction.

It seems plausible, with the esteem given to the Apostolic Fathers, that this would be a terrible thing for sons to do to one of these honorable men. But Zebedee is not an Apostolic Father. And neither is the dad of Simon Peter and Andrew, nor any of the other apostles’ dads. 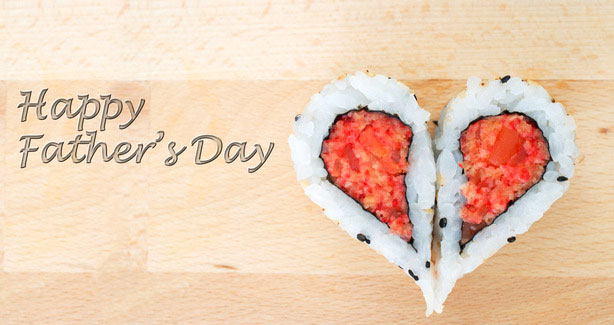 James and John may give a handmade card like this to Zebedee, but it would never say Happy “Apostolic Father’s” Day.

So who are the Apostolic Fathers?

And why are they held in such high esteem?

The term “Apostolic Fathers” refers to the earliest Christian writers:

The term gained widespread use during the 1500’s. This is the century of Luther’s 95 Theses, John Calvin’s Institutes, Augsburg Confession, Diet of Worms, Act of Supremacy, founding of the Church of England, Council of Trent, Tyndale Bible, founding of the Anabaptists and the Church of Scotland, etc. etc., to name only a few of the events marking the Great Reformation. It is easy to see why a need arose for a conventional term distinguishing early Christian writers.

The apostolic fathers are coined “apostolic” in the sense that they faithfully continued the teaching of the apostles of the NT.

The term does not include the 2nd century apologists who defended Christianity against multiple heresies and attacks.

What Are the Apostolic Fathers’ Writings?

Who Are the Authors?

Some of the apostolic writings are anonymous. However, of the writings listed above, 4 were written by bishops of the early church:

Why Did The Apostolic Fathers Write?

The writings of the Apostolic Fathers are similar to the NT letters in two ways.

As one writer says, the Fathers were neither creative, self-conscious, or systematic in what they wrote. They wrote purely to address doctrinal problems in the church. In particular, they were concerned with matters of church unity, Christian conduct, and church authority. The solutions to these problems came from the tradition of the church handed down by the apostles themselves.

This also demonstrates the faithfulness of the Apostolic Fathers in following instructions found in the Pastoral Epistles. In particular, ministers have the responsibility of maintaining the traditions of the church by teaching them to subsequent generations.

“and what you have heard from me in the presence of many witnesses entrust to faithful men who will be able to teach others also.” (2 Timothy 2:2)

The following quote from D. A. Hagner is both a succinct summarization of the writings of the Apostolic Fathers and valuable advice for the church today:

The apostolic fathers show the early post-NT church grappling with the concrete problems of the day, using Scripture, the sayings of Jesus, and the tradition of the apostles in their attempt to consolidate the faith and practice of the church and to be faithful to what they had received. Herein lies their true contribution. And for this reason these writings are significant for the study of the emerging OT and NT canons as well as the early Christian understanding and use of Scripture.

RDRD sincerely hopes you enjoyed this brief survey of the Apostolic Fathers and their writings. And that it will incite your curiosity to read the writings themselves—especially taking note of how much those closest to the apostles of Jesus Christ relied on Scripture. 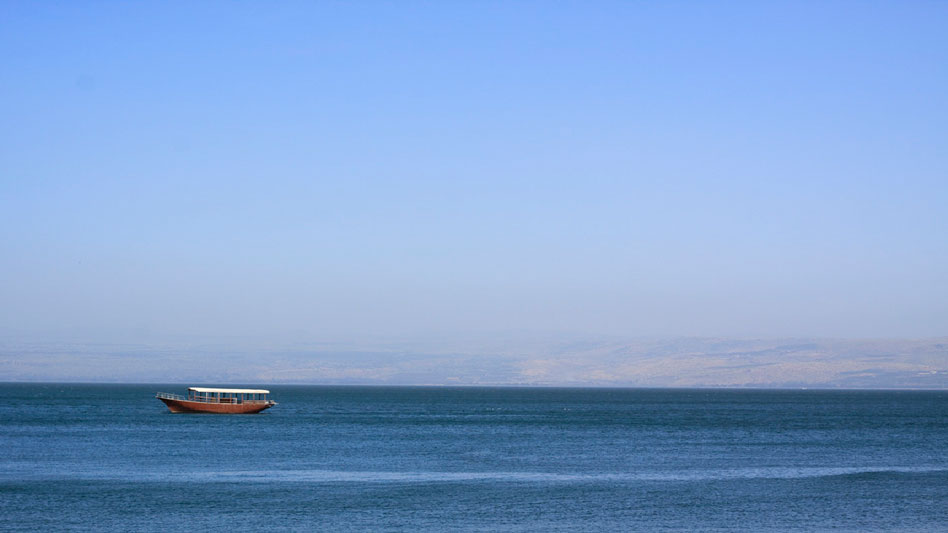 A boat on the Sea of Galilee. Notice the amazing landscape in the background.

It is interesting to note how these writings 1) planted early seeds for what would grow–hundreds of years later–into the Roman Catholic Church, and 2) were later used to denounce some of its practices.

1) What seeds do you see planted in the Apostolic Fathers’ writings that would eventually give rise to the Roman Catholic Church and the office of Pope?

2) Why did the distinguishing of the Apostolic Fathers and their writings become popular during the 1500’s?

Extra bonus: Try thinking from both Catholic and Protestant perspectives instead of judging right or wrong, or defending your own faith background. Contrasting your own doctrinal beliefs with those of another tradition sharpens understanding and builds faith.

But in your hearts regard Christ the Lord as holy, always being prepared to make a defense to anyone who asks you for a reason for the hope that is in you. 1 Peter 3:15