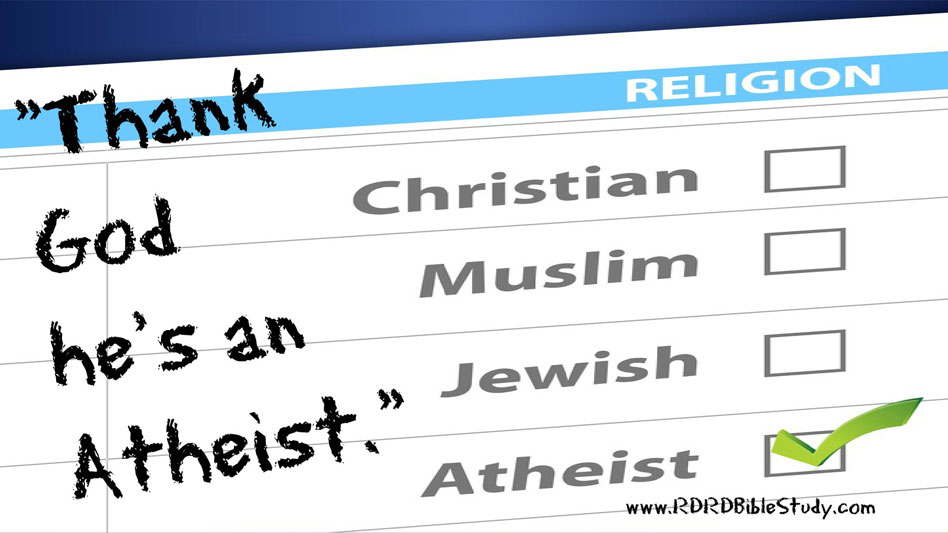 North Carolina—home to Duke University, Christian retreat centers, even Billy Graham. So I cringed after hearing the horrible news about the shooting of 3 Muslim students at Chapel Hill.¹ Then I read about the shooter, Craig Stephen Hicks. I breathed a sigh of relief. And immediately thought: “Thank God he’s an atheist.”

Quite an un-Christian thought for a Christian. Expressing gratitude to God that someone made in His image doesn’t believe in Him.

After reflecting on this sad irony throughout the afternoon, I finally admitted to myself that I cared more about the reputation of Christianity than the state of the shooter’s soul. When exactly did my heart shift to such “Get behind me Satan” thinking? I am not sure.

“The Inferiority Complex of the Minority”

When someone publicly “shames” Christianity, whether it involves sex, money, or bad mouthing a flight attendant, it can be distressing. The feeling is similar to that of a parent when a child publicly misbehaves and everyone glares disapprovingly—at the parent. The yearning to be in the majority, to be popular, have opinions supported, be looked on with approving glances for raising well-behaved children are, after all, basic parental instincts.

These same instincts (along with others) lead to anxiety and distress for Christians who are concerned about the low approval rating of Christianity as evidenced by empty pews, shushed comments overheard at work, or seemingly indisputable questions about God and suffering.

20th century German theologian Helmut Thielicke says this anxiety occurs “when we get caught in the spell of this cursed habit of thinking in terms of numbers”² and end up “in the inferiority complex of the minority.” “When we realize that so many prominent and influential people will simply have nothing to do with this thing which has gripped our life” then we simply withdraw amongst ourselves.

So nobody wants to be associated with the unpopular minority, the “extremes” of the world, no matter what the religion. And certainly Christianity has its share of extremists both left and right. As an evangelical Christian, I am embarrassed by Westboro Baptist Church, FLDS, and slaps on the wrist for pedophilia. Perhaps my Catholic friends are embarrassed by my refusal to pray to Mary?

And then there’s exasperation with people who preach “tolerance” yet have no tolerance for Christianity. Though these groups are too numerous to mention, it would be remiss not to mention the awkward and predictable extreme of the media’s portrayal of Christians. According to the Law and Order series, Catholic priests with a southern accent serving in NYC parishes are a dime a dozen(?).

But I dare not point the finger to secular intolerance or the mainstream media alone. Christian misinterpretation of Scripture—past and present—has led to the majority of the less than stellar moments in Christianity. Conquistadors, selling of indulgences, burnings at the stake, events long dead yet still alive and well today, are frequent fodder for the tolerant ones’ rationale for being intolerant of Christianity. 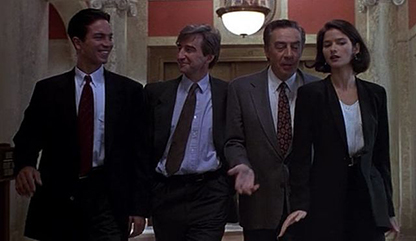 Hey, all I’m saying is that something’s not right. You gotta bunch of Protestants in the South, right? So how come every time we interrogate a Catholic priest in NYC, he sounds like he just got off the train from Mayberry? (BAH-BAHMMMM)

The Reputation of the Kingdom

But, really, does God need me or anybody else to worry about the reputation of His Kingdom? Nowhere does the Bible say that anyone is responsible for the Kingdom’s reputation. The Bible teaches that believers are to be concerned with their own Christian words and deeds, i.e. their own reputation and by default the name of Christ, and to seek first the Kingdom of God (Matt. 6:33). 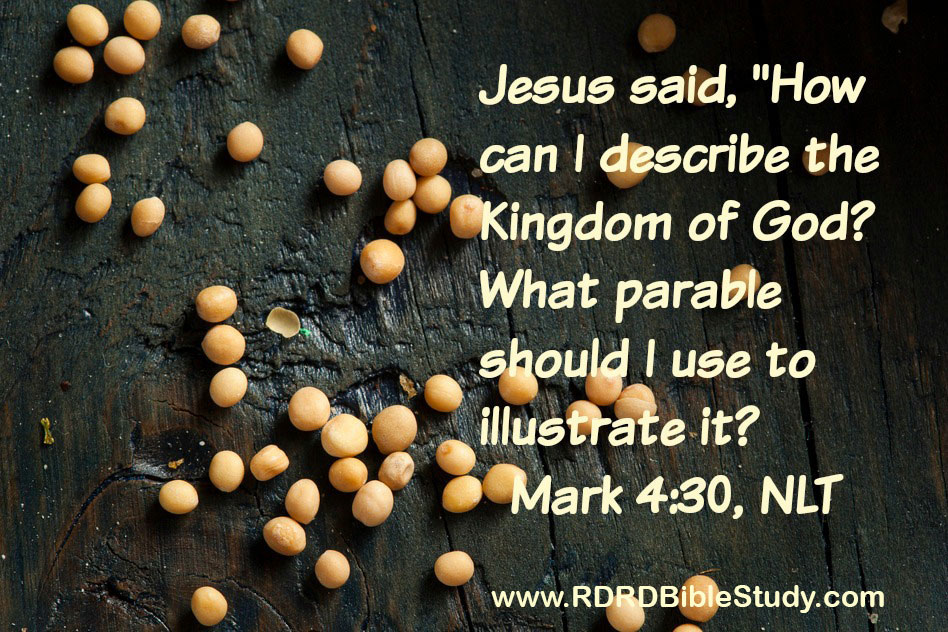 In this parable, Jesus is not talking specifically about church attendance, mission trips, nor Christianity in general, though these things are certainly contained in the Kingdom of God. The preface to the whole thing is “With what shall we compare the Kingdom of God.” Jesus is explaining a mystery, the unseen power behind this sensational, counterintuitive growth of God’s Kingdom.

A seed that is the smallest grows to be the largest plant, even producing branches big enough for birds. A farmer puts a seed in the ground, he sleeps day and night, nurturing the seed as he knows best. The seed germinates, sprouts, buds, etc., quite apart from the farmer’s 24/7 physical presence and attention. So countercultural to our society’s extensive efforts to achieve fame, fortune, and Facebook likes, is the mysterious growth of the Kingdom of God. 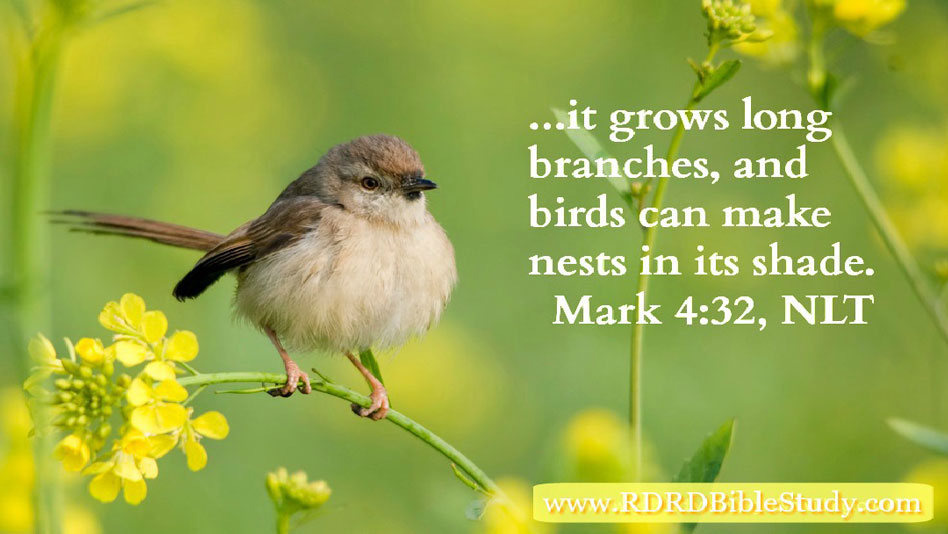 The Mystery of Kingdom Growth

Thielicke says “When Jesus speaks of the mysteries of growth He is not thinking so much of the quantitative process by which His church grows…, but rather of the fact that in His church there is an indwelling dynamic which must lay hold upon everything around it.”

Jesus used other images to teach this same “indwelling dynamic which must lay hold upon everything around it” concept—salt, yeast, and light. Things relatively small and unassuming but with the ability to infiltrate their larger surroundings, grow, fill, and transform these surroundings. This concept clearly echoes God’s first command to “fill and subdue the earth” initially given to only two people.

The Kingdom of God Isn’t Ruled By Democratic Vote

Thielicke continues “Jesus is indicating to us that this quantitative way of counting is completely false. How ridiculous it is to say: Here are a few ounces of yeast and there are two pounds of meal. According to the democratic point of view, the meal would then be the one to call the tune [majority vote], because the yeast is outrated [minority vote]. But Jesus tells us just the opposite: It all depends on which has the real dynamic, and this is what the yeast has and not the meal.”

So it may seem pious-in-the-sky Christian thinking that our lives can infiltrate, grow, fill, and transform everything around us—friends, children, spouses, family, colleagues, work places, schools, communities, cities, governments, the United States, the internet. But if we believe the Bible, then we believe that as bearers of the Kingdom of God, through our lives in Christ, we are indeed the salt of the world, the yeast overtaking the entire loaf, and light dispelling darkness. A tiny mustard seed growing and encompassing its surroundings.

Miraculous Growth of  a  Mustard Seed

And don’t think for one minute that the miraculous growth of a mustard seed is Gospel hype. Books detailing the rise of Methodism paint a picture of the growth of one of Christianity’s largest mustard plants.

In 18th century England, John Wesley nurtured the seed of the Word in his heart by trying his best to live a life devoted to Christ. As the Methodist Movement developed, for the first time, among other things, Christian ministry to the marginalized of society seriously happened. Wesley led efforts first and foremost to preach the Gospel and save souls. Programs and institutions were also set up for orphans, widows, the sick, educating people to read, save money, run businesses, as well as many other skills. And all of it directly or indirectly in service to Jesus’ church!

England’s poor made up 90% of the population. And when they began living for Christ, people noticed. The branches grew large and changed the entire country of England.  The branches even spread across the ocean to America and became the roots of what we know today as American Evangelicalism. 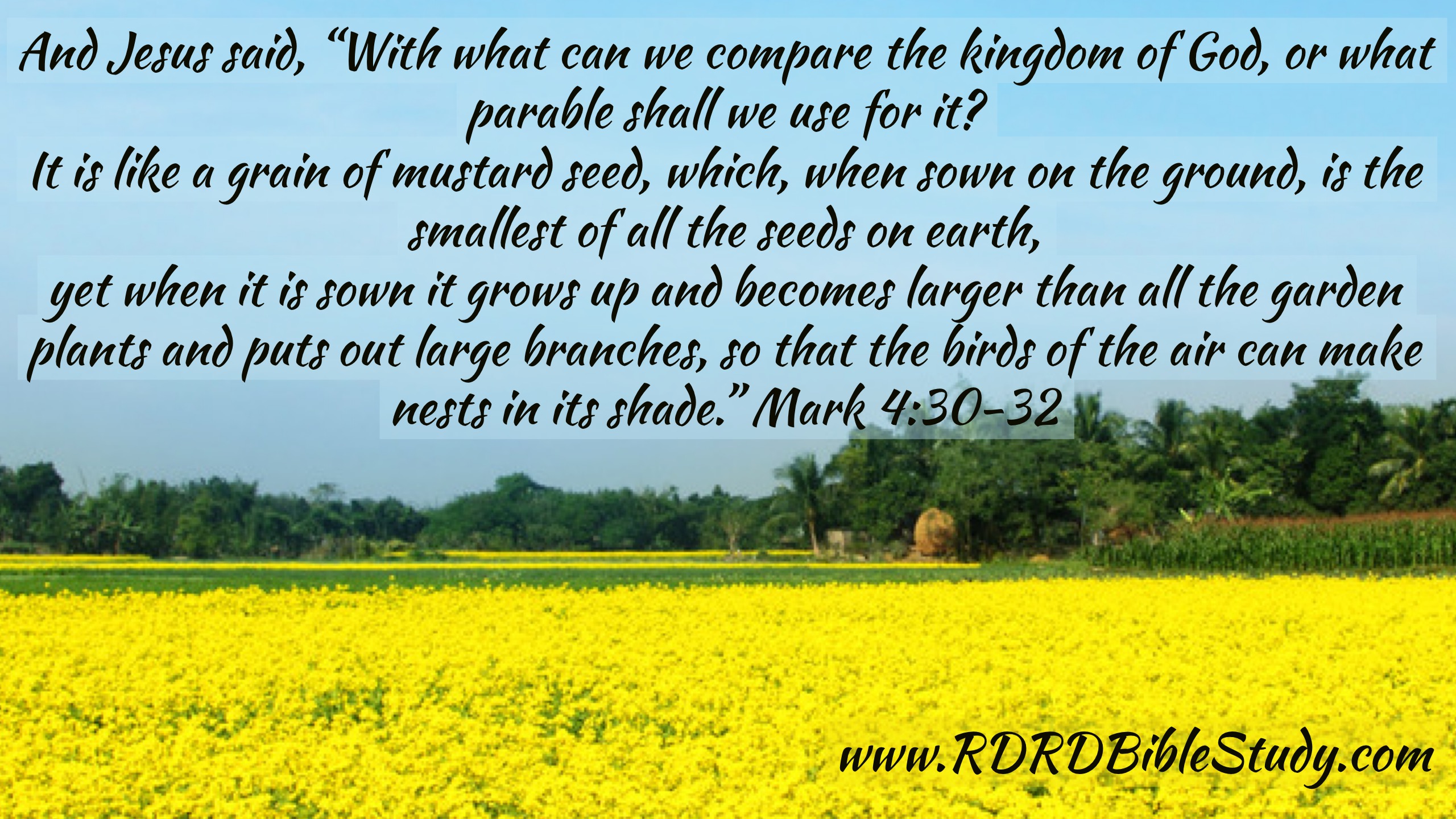 Could a mustard seed miracle take place in America today? American Christians cannot point the finger at governments, society, or any historical event for the state of the church’s witness today. According to the parable of the mustard seed, these have nothing to do with the growth of the Kingdom of God. Christianity need only look in the mirror to see the problem. Individual Christians need only look in their hearts. Has the seed been nurtured or not?

Prison Ministries vs. the Bible Belt

So the initial “Thank God he’s an atheist” may not be the only oxymoron in this story. Maybe it is that prison, as opposed to the Christian Bible Belt, has the greatest potential to be a transformational agent of salt, yeast, and light for Mr. Hicks. It strikes me that prison is a place where the equal opportunity of the fall is openly acknowledged, fertilizer necessary for any soil serious about nurturing mustard plants.

I have re-thought Craig Stephen Hicks and have a transformed opinion, not conformed to the world, but informed by the teachings of Jesus and His grace in my life.

After reading some of Hicks’ social media posts, he seems like a person who, for a large part of his life, has been around Christians, in fact Christians just like me–concerned about the reputation of Christianity above the state of a man’s soul. Salt that has lost its saltiness and only good for throwing out. Yeast that did not work itself into the hearts of another. Light fearful of the looming darkness. A mustard seed concerned about its smallness in relation to the world.

I am no longer thankful that the shooter is an atheist. I grieve over this person made in God’s image, who has amassed such anger. So much so that he turned his back on the Father.

I grieve for the 3 students—also made in God’s image—who had so much life left to live, who never had the opportunity to know Christ.

I grieve for the families on both sides.

I grieve that somewhere along the way, “Thy will be done on earth as it is in heaven” didn’t happen.

I grieve over the stunted growth of branches that could have possibly reached Craig Wayne Hicks before he became the “Chapel Hill shooter” and before the students became “victims.”

I grieve over a society where a parking space is a conduit of evil.

I grieve over my lost opportunities to plant seeds instead of burying talents.

Thielicke says “We must simply remember that [the world] badly need[s] us as salt and leaven. Then quite spontaneously the fear of being in the minority will roll off and we shall become aware that we have a mission and a task…to trust the promises of Jesus and count on them realistically.”

Can one person really make a difference in the Kingdom of God? The master spoke to each of the servants to whom he had given talents. To two of them he said, “Well done, good and faithful servant…” in praise of the growth achieved through their efforts to care for his assets. The third, well he was too worried about the master’s reputation. Everything he had was taken away. Seems one person does have the power to make an eternal difference of one kind or another. 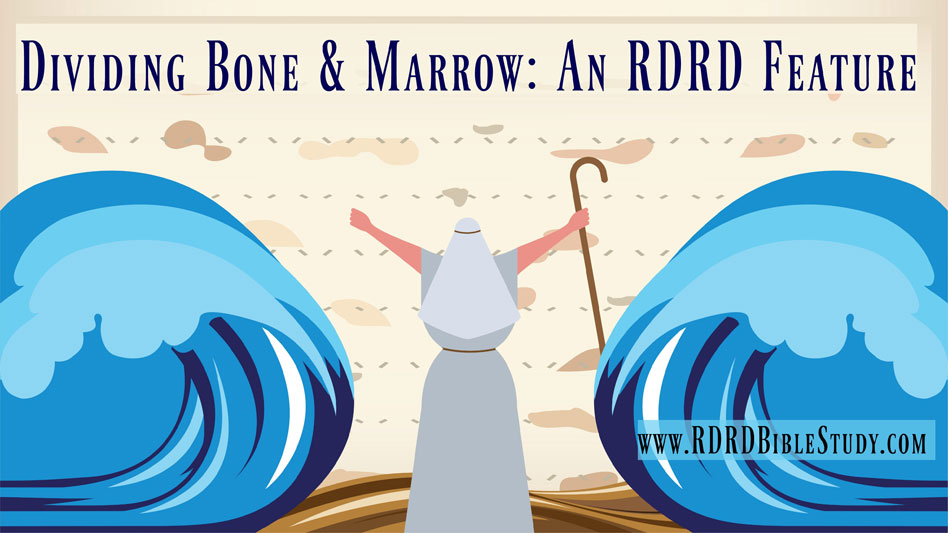 Dividing Bone & Marrow–an RDRD Bible Study feature that applies the Word of Truth toward the transformation of the heart and mind.
For the word of God is living and active, sharper than any two-edged sword, piercing to the division of soul and of spirit, of joints and of marrow, and discerning the thoughts and intentions of the heart. Hebrews 4:12