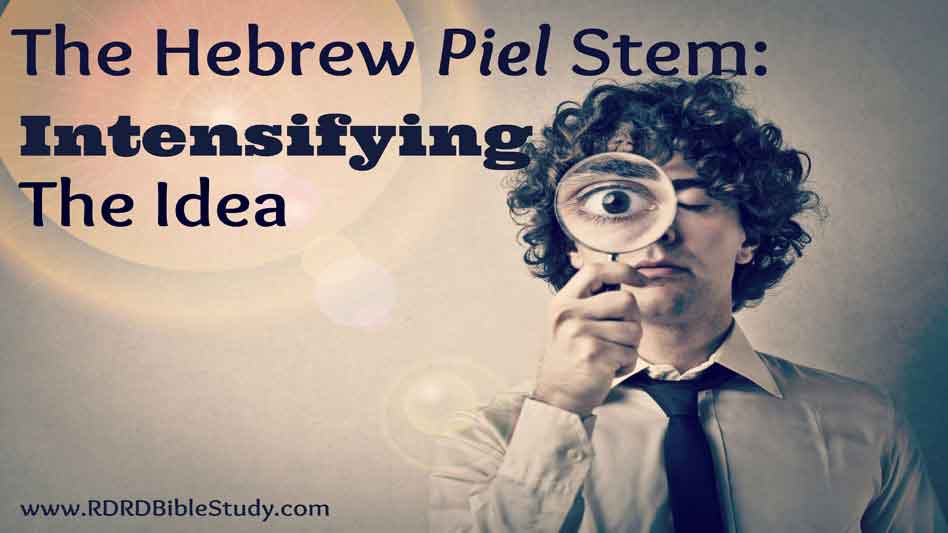 Looking up words in a Hebrew Lexicon can be a little overwhelming at first. The sheer volume of abbreviations surrounding any one definition is enough to intimidate anybody. How could one word have so many abbreviations? And what do they mean?

Take a minute to look up an English word in Merriam-Webster or The Oxford Dictionary. These dictionaries also contain many abbreviations. From your own knowledge of English, you know that some abbreviations are much more important than others for the word’s meaning.

Likewise with the Hebrew language, some abbreviations have a greater implication for word meaning. For gaining an understanding of the word, it is unlikely that knowing every single abbreviation will always be necessary.

However, when studying a verb, one abbreviation that is of utmost importance for translation is the one signifying the “stem” or “verbal system.” These abbreviations and their meanings are:

This is a screenshot from Brown, Drivers, Briggs Hebrew and English Lexicon (BDB). The verb for “grow up or become great” is displayed. Two lines down in the definition you can see a bold Qal. Several more lines down there is a bold “Pi” (almost to the right edge). Pu and Hiph can also be seen. Not all verbs appear in the OT in all verbal stems, but the lexicons will show the stems used in the OT, i.e. this verb does not have any references for “Niph”.

Other less frequent verbal systems also exist, polel, polal, hithpael, hithpolel. The abbreviation for these are usually pol or hithp, but may vary from lexicon to lexicon.

This post is about the piel stem and will focus on the ways that a piel verb can be interpreted.

According to the Gesenius Hebrew Grammar (Gesenius), “the fundamental idea of Piel, to which all the various shades of meaning in this conjugation may be referred, is to busy oneself eagerly with the action indicated by the stem. This intensifying of the idea of the stem, appears in individual cases as—(a) a strengthening and repetition of the action… (b) causative, or c) denominative.”

In some instances piel strenghtens the meaning, i.e.

Less common nuances interpreted from the piel as distinguished from the qal are as follows:

Urging And Causing Others To Do The Same Action

In essence, the following examples have a causative inference. But they are less obvious than verbs such as “he made great” or “he caused rain” etc.

According to Gesenius, “Denominatives are frequently found in the piel  and generally express a being occupied with the object expressed by the noun, either to form or to make use of it.”

“Or again, the denominative may express taking away, injuring, etc., the object denoted by the noun…”

“Some words are clearly denominatives, although the noun from which they are derived is no longer found, e.g. to stone, to remove stones, to clear away stone…” 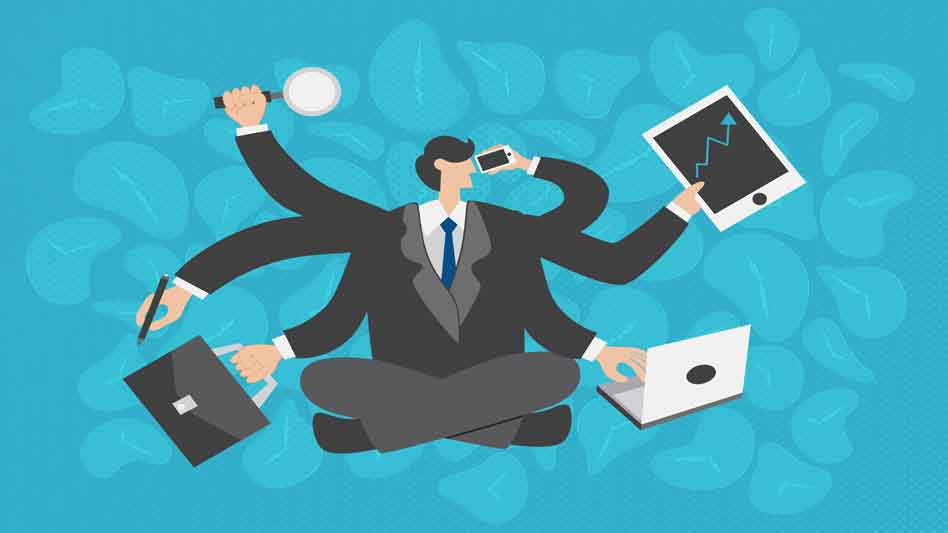 This guy appears to be the epitome of Gesenius’ definition of a piel “to busy oneself eagerly…”. But this guy is multiasking–pen, briefcase, laptop, phone, tablet… A piel is an intensification of an action indicated by the verbal stem, so intensively doing one thing. In this case, the multitasking guy would illustrate the piel of “work”.

Pragmatic Use In Interpretation – The Piel of “he laughs”

The name Isaac means “he laughs.” The qal “laugh” is prominent in the narrative leading up to Isaac’s birth.

Though scholars disagree as to exactly what Ishmael was doing to Isaac, “mocking” or “making fun” seems to be the best interpretation in this context for the piel of “to laugh.” Some translations, including the ESV, render the piel simply as “laughing.”

According to Gesenius, the piel of “to laugh” is a “strengthening and repetition of the action,” e.g. to laugh becomes “to jest, to make sport (to laugh repeatedly).”

Whatever Ishmael was doing, it was a perversion of the laughter and joy brought about by Isaac’s birth. Before going to the commentaries, and this is true for any verb in the piel, try to work out the meaning using what you know about piel verbs. For instance: 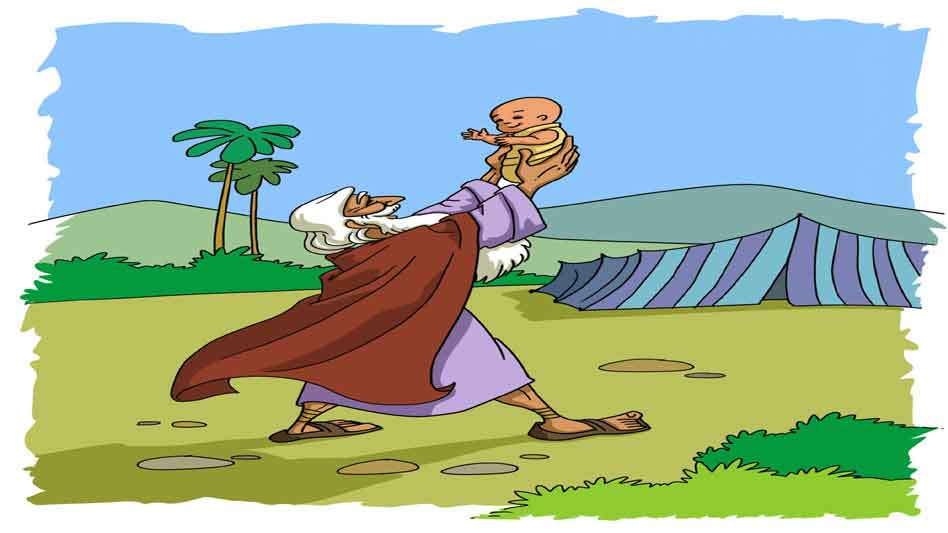 Abraham was 100 and Sarah was 90 when Isaac was born. Can you imagine the thrill and joy? Twenty-five years earlier, “God said, “No, but Sarah your wife shall bear you a son, and you shall call his name Isaac. I will establish my covenant with him as an everlasting covenant for his offspring after him” (Genesis 17:19). Even greater cause for joy.

Try substituting the verb with the less common ways of interpreting the piel:

Think about the joy, laughter, gladness, etc. that Isaac, “he laughs”, brought to Abraham and Sarah. Remember also that Isaac is the child of promise, the one through whom the covenant would continue. Now, what explains what Ishmael was doing? Or maybe it doesn’t explain his exact action, but perhaps the results of his action?

Think about it and leave a comment sharing your observations and thoughts.

As you look up verbs in a Hebrew lexicon, don’t be overwhelmed by all the abbreviations.  All in due time. But the one abbreviation above all else that must be taken into consideration for the precise interpretation of verbs is the abbreviation for verbal stems:

By evaluating the verbal stems to attain the precise meaning of Hebrew verbs in your study of the OT, a vault of understanding will open wide. And with understanding comes even more appreciation for the phenomenal perfection of God’s Word!

Remember piel verbs are used for intensifying the idea of the word. Normally, piels are translated as causative, but other shades of meaning can also be inferred.

While researching Hebrew verbs, try to work out the meaning first. If the passage under study contains a piel, use this post as a quick guide for how the meaning of the verb in the qal is intensified in the piel.

Don’t forget to leave your comments about the Genesis 21:9 piel “mocking”.