What It Takes To Be A Great Bible Student: Having A High View Of Scripture Part 1 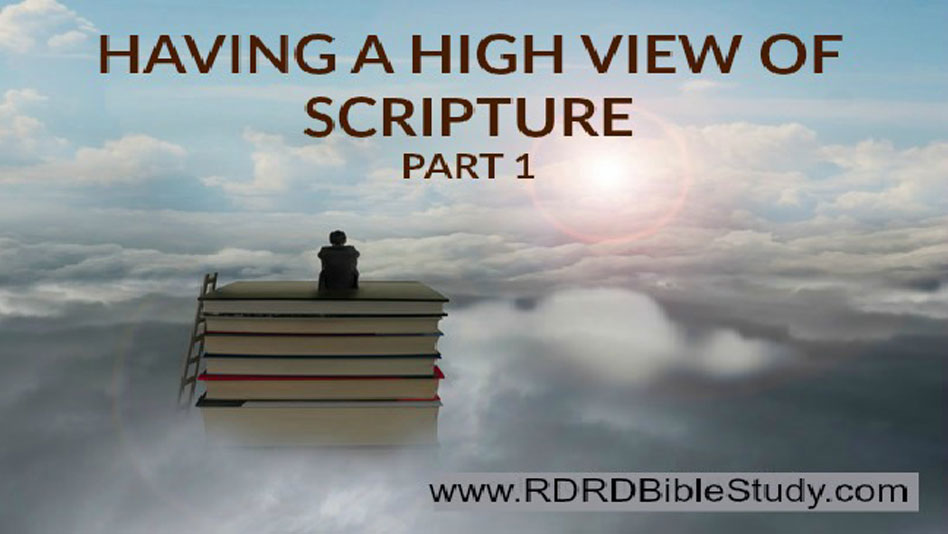 What does it take to be a great Bible student? Teacher? Preacher? Blogger? Writer? I blog about Rightly Dividing the Bible, that is how to study the Bible effectively. But studying is only one attribute of being a great Bible student (which precedes the rest—teacher, preacher, professor, blogger, writer, etc.)

First and foremost, to be a great bible student, you must have a high view of Scripture as the divinely inspired Word of God. Anselm said it in a nutshell: credo ut intelligum: “I believe so that I may understand.”

Having A High View Of Scripture 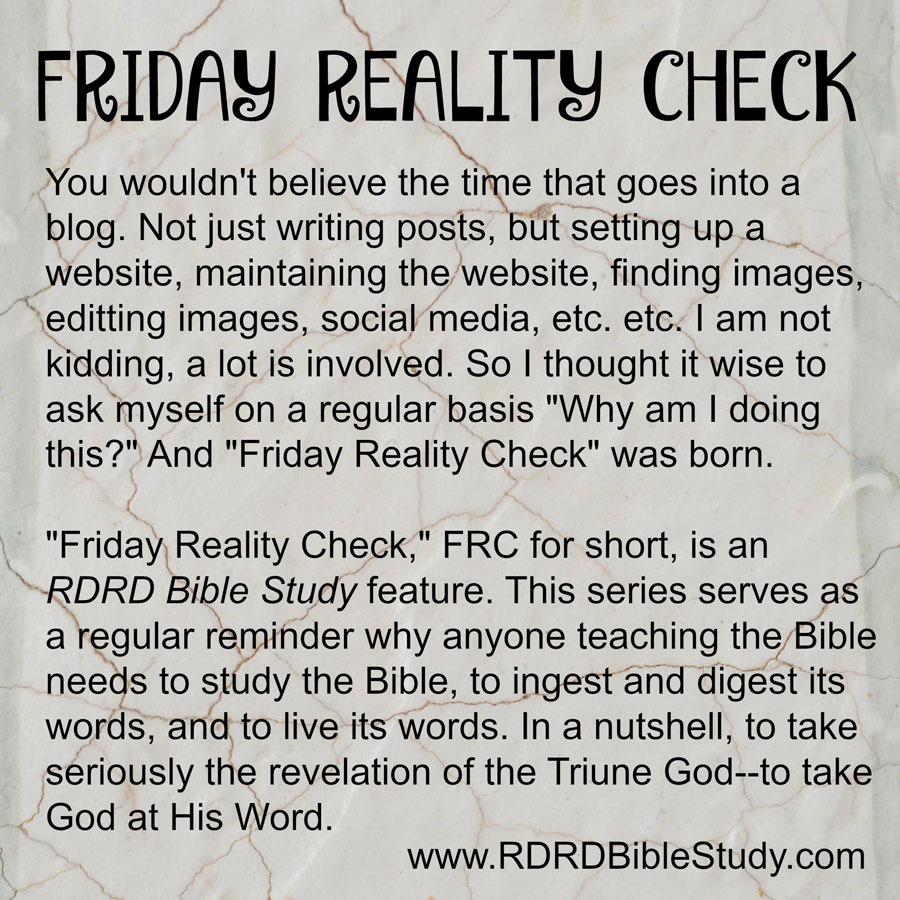 The Word is power. The Word is a double-edged sword. The Word heals. Scripture is the eternal Word of the Triune God to humanity. Yet a lot of times it is treated as a feel-good, motivational, and/or self-help book, to inspire and console on an “as needed” basis. (And don’t even get me started on those who read with a willful imposition on the text.)

Though I agree that the Bible is the greatest self-help book ever written, it is far, far more. The Bible is about God. God’s working in history—past, present, and future. God’s Kingdom, glory, and salvation. God’s revelation to mankind.

Evidence That Great Bible Students Have a High View of Scripture

What evidence exists that to be a great Bible student/teacher/proclaimer, one must have a high view of Scripture? Plenty. Look at just a few of the great proclaimers of the Word in Christian history:

Martin Luther (1483-1546) absolutely had a high view of the Bible and believed beyond a shadow of a doubt—at great risk of losing his life—that the Bible is the supreme authority in all matters of doctrine and practice, aka Sola scriptura.

Though Luther was relatively unknown when he posted the ninety-five theses on October 31, 1517, within 6 months in a pre-telegram, telephone, Internet world, Luther’s theses went viral. And the Pope, (yes, that Pope) sent a high-ranking cardinal to persuade Luther to recant his teachings. According to Luther himself, his teachings were derived from his own biblical studies for both personal purposes and for his role as a theological lecturer.

In 1519 he set forth the Reformation principle of Sola scriptura. In 1520, he wrote three of his most famous treatises and a high view of Scripture is obvious in each:

John Wesley (1703-1791) absolutely had a high view of the Bible; he knew that God’s Word spoke to all people regardless of gender, economic status, or race. Wesley believed with every fiber of his being in the power of the Word to bring salvation to anyone who believed. 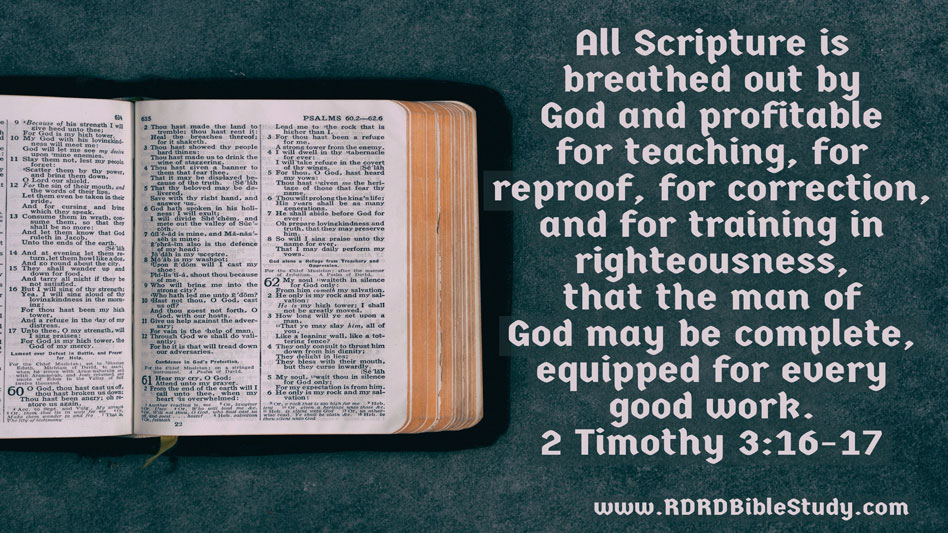 For more than 50 years, Wesley travelled an estimated 250,000 miles, preached over 40,000 times, and published over 400 works. His preaching centered upon what Wesley called ‘the 3 grand scriptural doctrines—original sin, justification by faith, and holiness consequent thereon’.

Many Church of England clergy did not join his revival because of their misunderstanding of Wesley’s teaching of perfection, the most controversial Wesleyan doctrine. On more than one occasion Wesley attempted to explain that he was not teaching ‘perfectionism’ but perfection, and people absolutely could not get past the term.

So why didn’t Wesley call it something else? Remember we are discussing his high view of Scripture? Look at what Wesley himself said, as quoted and commented on, in Daniel L. Burnett’s excellent book, In the Shadow of Aldersgate:

In a 1763 letter: “As to the word ‘perfection,’ it is scriptural: Therefore neither you nor I can in conscience object to it, unless we would send the Holy Ghost to school, and teach Him.” Regardless of this defense, Wesley was actually uncomfortable with the word. He saw how easily it could be misunderstood, but since it is the biblical term he thought it important to continue its use and to teach its proper meaning. (125)

In Wesley’s notes on the Bible, he translates Matthew 5:45 as follows:

Therefore ye shall be perfect; as your Father who is in heaven is perfect.

Early translations tended to be extremely literal. The translators were also competent in the Greek language. The point is, perfection is not something Wesley made up, it is a Biblical term. Other early translations, as well as modern translations, render the Greek in the same manner. Though Wesley did not want to be misunderstood, he considered the biblical text to be authoritative for teaching.

[note: The “be” verb is translated as a future, “ye shall be,” in both Wesley’s version and the GNV, and as an imperative in the KJV. The verb is a future tense Greek form.  Look for a future blog post on this intriguing use of the future tense.]

George Whitefield (1714-1770) absolutely had a high view of Scripture; crowds of 20, 30, 40, even 50 thousand would come to hear him preach. Even though he used no form of amplification, the entire audience could hear his strong and expressive voice.

Sarah Edwards, wife of Jonathan Edwards, said of Whitefield’s gift of speaking: “It is wonderful to see what a spell he casts over an audience by proclaiming the simplest truths of the Bible…” Whitefield is considered a forerunner in evangelistic revivalism, recognizing the powerful link between the printed and the preached Word.

Contemporary Examples of Those Having A High View of Scripture

Billy Graham (1918- ) absolutely has a high view of Scripture; watch some reruns of The Billy Graham Crusades. Unlike a lot of TV preachers today, Graham did not give motivational speeches, self-improvement guidelines, or explain how to live your best life now. Billy Graham preached the Word.

Graham’s heart for preaching the Gospel and ecumenical mindset kept him away from narrowing his call to a particular denomination or sect. Instead he belonged to a growing group of evangelicals who “retained an uncompromising view of biblical inerrancy along with a passion for communicating the claims of Jesus Christ through home and foreign missions” (L. W. Dorsett, “Billy Graham” in Biographical Dictionary of Evangelicals, InterVarsity Press, 2003, p.261). 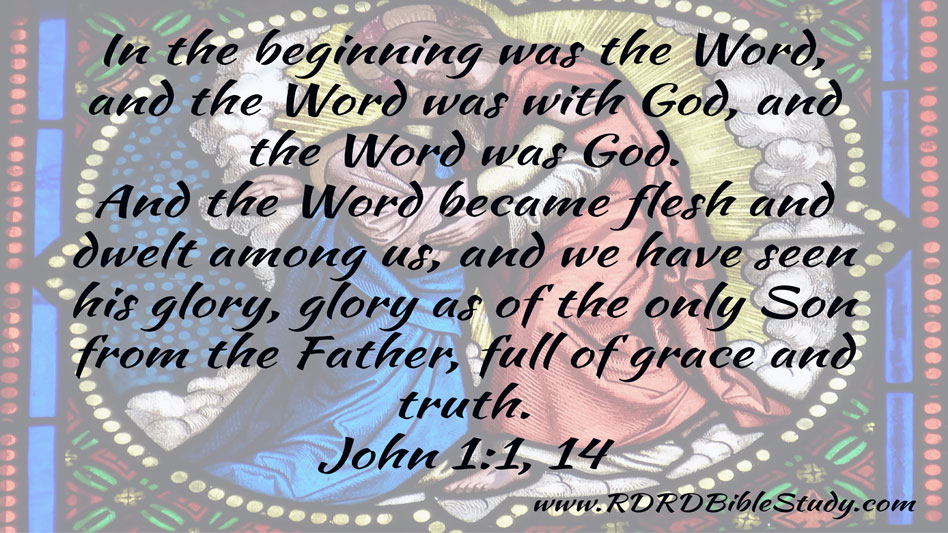 Beth Moore (1957- ) absolutely has a high view of Scripture; Moore is cute, gorgeous, funny, and one of the most spiritually gifted Bible teachers ever born, but what really makes her so popular? She teaches the Word. Unlike a lot of women’s ministries, she doesn’t try to dress Jesus up as a socialite eating expensive chocolate and drinking lattes. Moore teaches the bloody Cross, lifting up the Word made flesh according to the Word.

Workbooks for Moore’s best-selling bible studies are filled with tasks to read Bible passages, look up verses to answer questions, and also to do personal reflection based on reading the Word. It boggles the mind to think how many people her studies have prompted to read large portions of the Word, because of her own love and high view of Scripture.

Do You Want More Evidence?

Still not convinced? Check out Part 2 of Having a High View of Scripture in an upcoming Friday Reality Check feature column. In Part 2, we we will look at Jesus Himself demonstrating a high view of Scripture. You don’t want to miss this one! 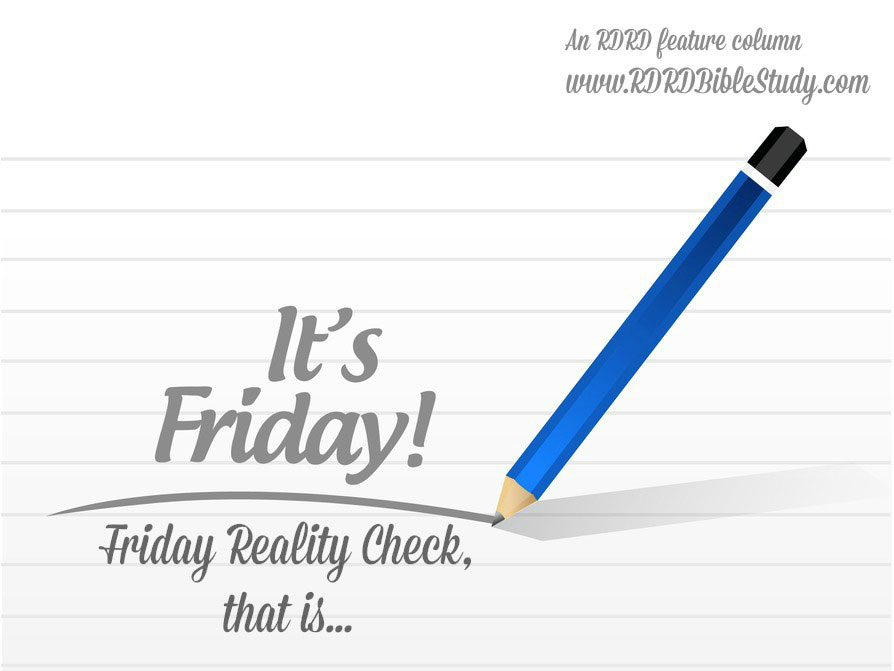