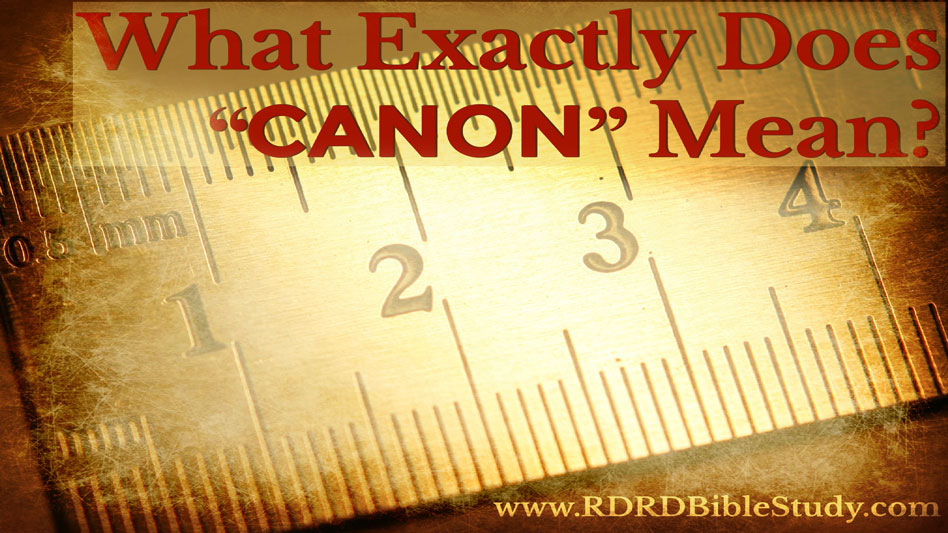 Canon comes from the Greek word denoting a straight rod or rule for measuring objects, or a criterion for judging something. According to historian Mark Noll:

Its application to the books of the Bible can thus be traced to the series of gradations found on measuring rods (hence multiple individual items gathered for one purpose) and, even more important, to the function of such measures as rules or norms (hence the sense of “canon” as standard).¹

New Testament Use Of The Word “Canon”

In the Greek NT, the word ‘canon’ describes “a means to determine the quality of something; rule or standard.”  The verses below, quoted from the KJV, show how NT authors used the word before the early church used it to refer to authoritative Scripture:

Use Of Canon By Early Christians 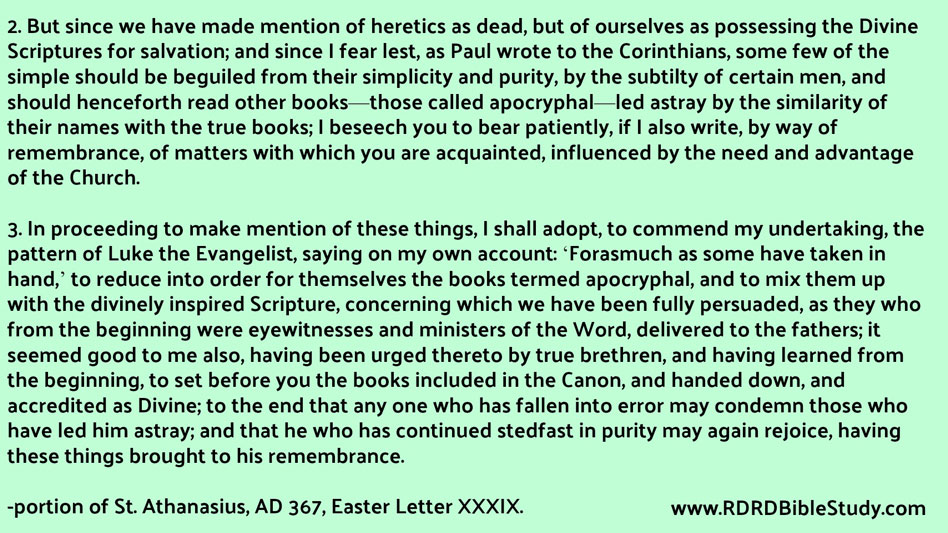 The first recorded use of the word “canon” for the authoritative list of books in the Bible came in the year 367 from Athanasius, bishop of Alexandria in North Africa.

Canon, along with its cognates ‘canonical’ and ‘canonize’, began to be applied by Christian writers of the late 4th century AD to denote the correct collection and list of the sacred Scriptures.

Contemporary Use of Canon

Merriam-Webster includes both the NT and Early Christian use of the word. After ‘canon’ was used to describe the OT and NT books, it came to mean an “authorized collection of books.”

Before The Use Of Canon

Before the term ‘canon’ was used, a variety of names were used by Jews and Christians to refer to the collection of sacred books. This indicates that early on a list of books were recognized as “canonical,” that is, authoritative based on an accepted principle or standard of judgment. For example:

“Holy Scriptures” and “the Law and the Prophets” goes back to the 1st century:

‘Holy books’ and ‘the law and the prophets’ were used as early as 2nd century BC:

Purpose Of The Language of Canonicity

What the language of canonicity added to the discussion of biblical writings was the idea of correctness. The canon provides both boundaries and a basis.

The biblical canon is a list of authoritative sacred texts. Their authority derived from the fact that they were believed to be inspired by God and so to share the nature of revelation themselves—this belief was a settled conviction among Jews of the intertestamental period and is taken for granted in the NT treatment of the OT.

The terms “Old Testament” (OT) and “New Testament” (NT) began to be used by Christian writers to refer to collections of Scriptures in the 2nd and 3rd centuries AD, so in and of themselves indicated a “canon.”

In modern biblical study and scholarship, much is written about Brevard Child’s widely supported canonical approach. The canonical approach responded to the inundation of multiple biblical criticism methods in 20th century theological academia.

Arguably the most popular of the methods, German scholar Julius Wellhausen’s Documentary Hypothesis gained almost universal acceptance during the 20th century, though it has now collapsed. This theory attempted to assign authorship of certain parts of the Old Testament to certain groups of authors, namely the Yahwists (J), Elohists (E), Deuteronomists (D), and Priestly (P). A person would be hard-pressed to find a theological book or biblical commentary written during the early and mid-twentieth century that does not reference J, E, D, and P.

Canonical context, however, refers to the final form of each individual biblical book and to their position in relation to one another. In the canonical approach, Childs set out to describe the way in which texts have been shaped in order to function authoritatively in the life of the believing community.

To read the Bible canonically is to read the Bible as a unified communicative act, that is, as the complex, multi-leveled speech act of a single divine author, an all-embracing act, that of witnessing to what God was and is doing in Christ.

Another way of saying this is that the canonical approach is a matter not of how the church reads the Bible but of what the Bible is. To read the Bible as unified Scripture is not just one interpretative interest among others, but the interpretative strategy that best corresponds to the nature of the text itself, given its divine inspiration.

Only the final form of the text displays the divine communicative act in its completeness; hence the final form is the best evidence for determining what the authors, human and divine, are ultimately doing. 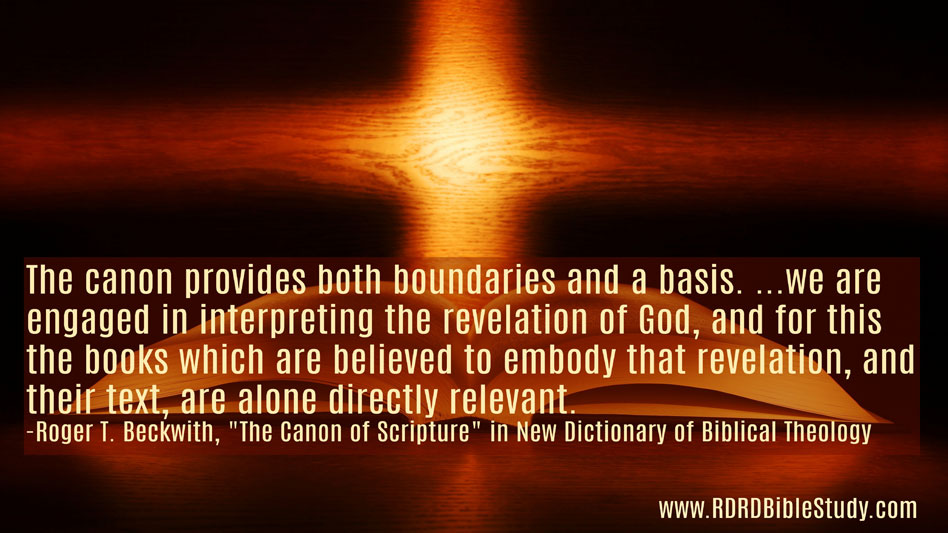 Having a canon of Scriptures is extremely important. The canon provides both boundaries and a basis. As students of the Bible, we are engaged in interpreting the revelation of God. Therefore, the books which are believed to embody that revelation, and their text, are alone relevant.